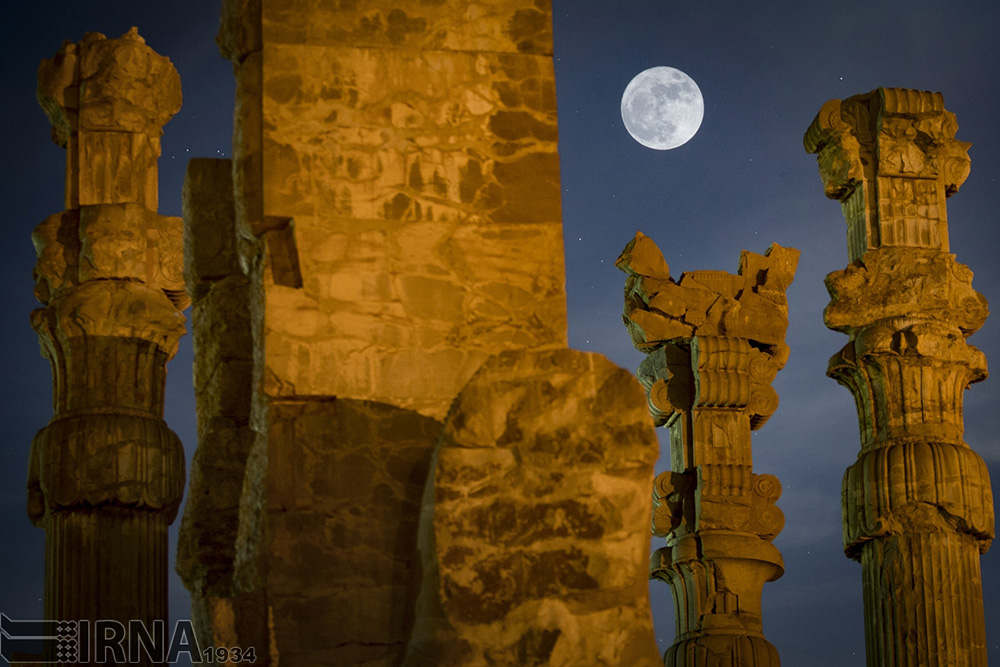 A bright shining supermoon illuminated the skies around the world on Monday evening, creating a stunning view owing to the moon's closest distance to planet Earth in the past seven decades.

A supermoon occurs when the moon becomes full on the same days as its perigee, the point in the moon’s orbit when it is closest to Earth.

NASA scientists say that supermoons generally appear to be 14 percent bigger and 30 percent brighter than other full moons.

The full lunar disc lighting up the night skies inspired people around the world, both professionals and amateurs, to try to capture the celestial event that will not repeat itself in almost two decades.

Stargazers in Iran also enjoyed the impressive spectacle and took photos of the historic moments. Here are photos taken by various Iranian news agencies in the cities of Mashhad, Sanandaj, Shiraz, Yazd, and Tehran: