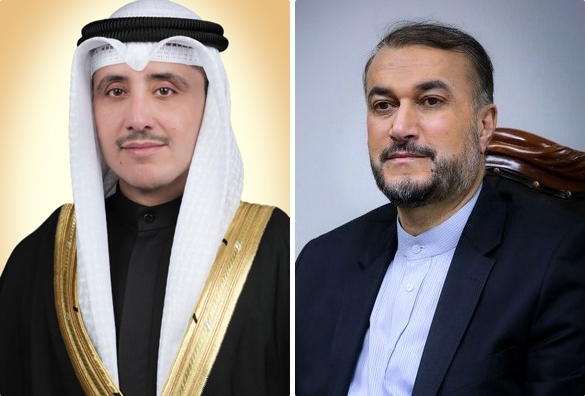 In a phone call to Amir Abdollahian, the Kuwaiti Foreign Minister called for deeper ties between his country and Iran in all areas and also urged increased cooperation in the region.

The Iranian Foreign Minister thanked his Kuwaiti counterpart for his phone call. He also underscored Iran’s policy to have good-neighborly relations with regional countries.

Amir Abdollahian said the Islamic Republic of Iran sees no limits on expanding ties with Persian Gulf neighbors and considers it highly important to deepen relations with Kuwait.