North Khorasan province in northeastern Iran is among the regions that are called “The Land of Treasures of Tribes”. People in this province live in nature in spite of the deprivation and drought.

After Iran’s Khorasan Province was divided into three smaller provinces, North Khorasan became one of the new provinces of Iran in spring of 2004. The people of this northeastern province with Bojnord city as the centre live in nature in spite of the deprivation and drought. They make their living with their own efforts while calling for blessing from the heaven and earth.

North Khorasan is among the provinces that are called “The Land of Treasures of Tribes”. Families living in North Khorasan include Farsi-speaking tribes, Tat-speaking ethnic groups, Kurmanji Kurds, Turkmens, Turks and Lurs.

Common Languages are Persian, Tat, Kurmanji Kurdish, Turkmen and Khorasani Turkish. In general, Kurmanji Kurds are the majority of the province’s population.

The following photo collection by the Mehr News Agency tries to give a picture of the province’s people: 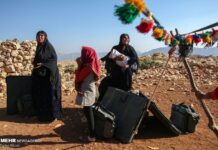 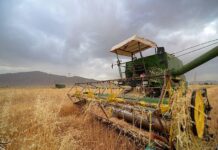