Khobar Towers attack; an ace in the hole for Riyadh? 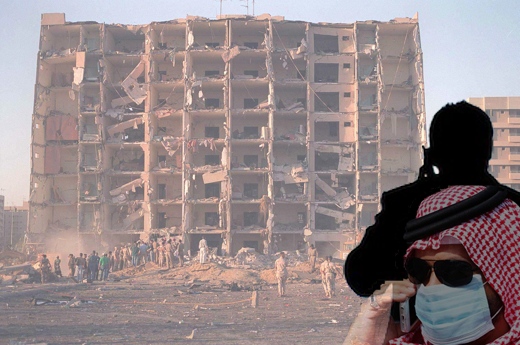 A report by tabnak.ir has said that Saudi Arabia is using the Khobar Towers bombing as a trump card to influence a congressional decision on the Iran nuclear deal in the United States.

With three weeks to go before the US Senate votes on the nuclear deal between Iran and P5+1, known as the Joint Comprehensive Plan of Action (JCPOA), reports that Ahmed Ibrahim al-Mughassil, the mastermind of the 1996 Khobar Towers bombing in Saudi Arabia, has been captured reveal a new series of Saudi attempts to influence the future of Iran’s ties with the West.

AlAsharq Al-Awsat – a [pan-Arab] daily with close ties with Al Saud family – on Wednesday (August 26) reported that al-Mughassil has been captured and transferred to Saudi Arabia, provoking guesswork on how and when he was taken into custody and what impact his arrest would leave on the future of Iran-West ties.

The name of al-Mughassil has become synonymous with the bombing of Khobar Towers [a military housing complex] in Dhahran, Saudi Arabia which killed 19 US servicemen and injured hundreds of others. Nineteen years on, those behind the bombing have yet to be identified and no verdicts have been issued in the case. In line with its own interests, the Saudi government has sometimes pointed the finger of blame at Shiite groups inside the kingdom and at others at Al-Qaeda.

Tabnak.ir on August 30 released a report on the Khobar bombing and its possible impact on the fate of the Iran nuclear deal in the US Congress. The following is the translation of the report:

What happened during the attack on Khobar Towers?

Khobar Towers are located in the national oil company headquarters of Dhahran. They were a base for foreign troops on June 25, 1996 when the attack took place. Prior to the Khobar Towers bombing, there were threats against the presence of US forces in Saudi Arabia. Hours after the bombing, US forces accused Hezbollah Al-Hejaz [the Saudi wing of Hezbollah group] of carrying out the attack. The accusation was repeated in the following years.

The Americans alleged that the bomb was made in South Lebanon. They said its force was estimated to be equal to about 10 tons of TNT. The Americans say that al-Mughassil, as the commander of the military wing of Hezbollah Al-Hejaz, has had a hand in the terror attack which killed 19 US airmen and wounded more than 370.

The suspects of the Khobar Towers bombing

On the day of the bombing, the United States blamed Hezbollah Al-Hejaz for the attack, and in 2006 a US court accused Iran and [Lebanon’s] Hezbollah of masterminding the bombing. US officials claim that a number of Hezbollah Al-Hejaz members, including al-Mughassil, had been in contact with Iran and Hezbollah in Iran, Syria and Lebanon, saying they picked individuals to carry out the attack, put together the bomb in Lebanon and transferred it to Saudi Arabia and then launched the bomb attack.

These claims took a new turn in 2001 when the Bush administration released a most wanted list of suspected terrorists and put a five-million-dollar bounty on al-Mughassil’s head. Since then, Iran has been said to be the possible hideout of al-Mughassil.

In the meantime, over the past 20 years [political] movements inside Saudi Arabia, especially Al-Qaeda, have also been accused of being behind the bombing attack. In its first comments on the mastermind of the attack, Saudi Arabia pointed an accusing finger at Afghan Arabs, those Arabs who had been a veteran [of such attacks] during the war in Afghanistan against the [former] Soviet Union.

In the following years, the Saudi officials changed their position on this. On certain occasions, they claimed that the Khobar Towers bombing was engineered outside the kingdom only to show that security was tight in Saudi Arabia, and on some other occasions they blamed the attack on Saudi nationals, among them members of Hezbollah Al-Hejaz.

Abdel Bari Atwan, a well-known Arab journalist who was one of the people that met with Osama bin Laden in Afghanistan, has said that bin Laden [the founder of al-Qaeda] has carried out the Khobar Towers bombing to flex his muscles after being expelled from Sudan in 1996.

In 2004, the 9-11 Commission [The National Commission on Terrorist Attacks on the United States] in a report said that bin Laden offered congratulations on the bombing on the same day it hit Saudi Arabia, adding that bin Laden had been looking for a way to ease the transfer of explosives to Saudi Arabia months before the Khobar bombing.

In comments in the following years, William Perry, the US Secretary of Defense at the time of the bombing, said [in an interview in June 2007] he “now believes al-Qaeda [rather than Iran] was behind a 1996 truck bombing at an American military base”.

A number of newspapers in Lebanon accuse the anti-Hezbollah movements of playing a role in Al-Mughassil’s takedown, but Hezbollah Al-Hejaz has in a message to Reuters denounced the move.

Regardless of claims about the Khobar Towers incident and Saudi Arabia’s contradictory positions on the attack over the years, the news on the arrest of Al-Mughassil in the buildup to a review by the US Congress of the Iran nuclear deal has fuelled speculations [on the timing of the reported arrest].

Bruce Riedel [one of America’s leading experts on US security, South Asia, and counter-terrorism], a former member of US security institutes who had reviewed the Khobar attack, has cited Saudi officials as saying that Mughassil’s case, his interrogation, the possible role of the US in it [interrogation] and his extradition to the US are among the topics which will come up for discussion in a planned trip by the Saudi King to the United States and his meeting with President Obama.

He also says that the Saudis are trying to evoke an old story simply to discredit the Iranian leaders before a decision is made [on Capitol Hill] on the nuclear deal and influence the warming of ties between Iran and the West after the [conclusion of the] deal.