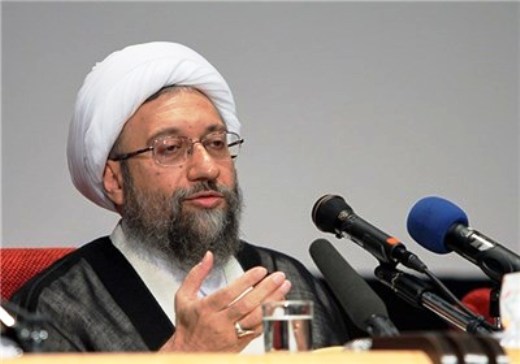 The Judiciary chief has expressed support for Iran's nuclear team, saying the Iranian nation will not give in to the other side’s excessive demands.

Iran’s Judiciary chief reiterated the nation’s strong support for Iranian delegates in nuclear talks and urged them to remain steadfast in protecting the nation’s rights.

“We want the nuclear negotiators to not take one step back from (protecting) the nation’s rights in line with the policies set by the Supreme Leader of the Islamic Revolution and to remember that a great nation is backing them on this path,” Ayatollah Sadegh Amoli Larijani said on Wednesday, referring to the ongoing talks between Iran and world powers over Tehran’s peaceful nuclear program.

He underlined that the Iranian nation will not give in to the other side’s excessive demands.

Diplomats from Iran and P5+1 (Russia, China, the US, Britain, France and Germany) are in the Austrian capital of Vienna to hammer out a final, long-awaited agreement to resolve the West’s decade-old standoff over Iran’s civilian nuclear work.

Tehran and the world powers on November 24, 2013, signed an interim nuclear deal in the Swiss city of Geneva.

The Geneva deal (the Joint Plan of Action) came into effect in January and expired in July, when the parties decided to extend negotiations until November 24 in the hope of clinching a final, lasting accord.

Ayatollah Amoli Larijani further urged Iran’s diplomats in Vienna to emphasize in the negotiations that, after a possible deal, no new sanctions should be imposed against the Iranian nation under the pretext of ballistic missiles or human rights allegations.

Media reports say the main stumbling block in the way of resolving the Western dispute over Iran’s nuclear energy program remains to be the removal of all the bans imposed on the country, and the scope of the uranium enrichment.