The representative of the Jewish community in the Iranian parliament has called on fellow Jews worldwide to take part in the International Quds Day rallies on Friday.

In a statement, Siamak Moreh Sedgh called on all Jewish people around the globe to show the whole world that they are against “political and criminal Zionism” by participating in International Quds Day rallies. 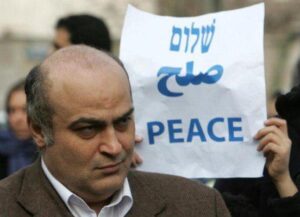 “This year, too, Iranian Jews see it as a national and religious duty to take part in Quds Day demonstrations, and by participating in these large rallies, they will display the solidarity of all monotheists of the world in fighting hegemony and Zionist occupiers,” he said.

“At a time when the arrogant enemy has mobilized all its power against the national interests of the dignified Iranian nation, Iranian people from all walks of life, while obeying the orders of the Supreme Leader of the [Islamic] Revolution [Ayatollah Seyyed Ali Khamenei], will chant slogans in unison and with one voice against the US and occupying Israel,” Moreh Sedgh noted.

He also noted that “we are confident that the liberation of holy Quds from the clutches of infidels and full emancipation of the heroic Palestinian nation are not far away, and that the resistance front will soon celebrate their victory.”

“I call on all monotheists, especially freedom-seeking Jews, around the world to take part in the rallies. Particularly, the turnout of open-minded Jews will reiterate their uncompromising opposition to criminal, political Zionism,” he added.

The International Quds Day is an annual event during which demonstrators express their solidarity with the Palestinian people and opposition to the occupation of the Palestinian territories by Israel.

The day is seen as the legacy of the late founder of the Islamic Republic of Iran, Imam Khomeini, who officially declared the last Friday of Ramadan as International Quds Day back in 1979.

This year’s rallies will be held under the slogan “En Route for Quds” in the Arab countries.