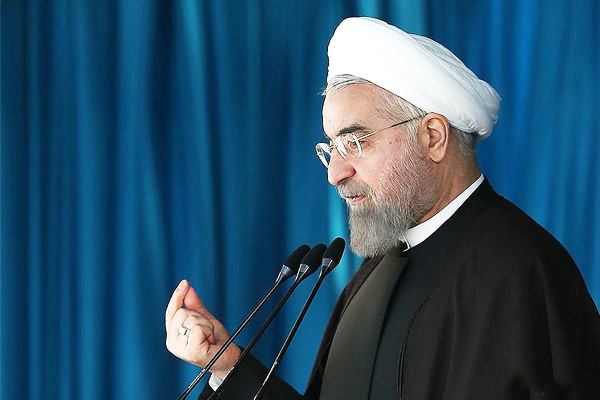 He said conclusion of JCPOA was because of the “guidance” and “prudence” of the Leader, the “resistance” of the Iranian nation and efforts by the country’s seasoned diplomats.

President Hassan Rouhani has said the agreement signed between Tehran and P5+1 over Iran’s nuclear program should serve to further strengthen national unity rather than sow discord.

“As the Leader of the Islamic Revolution has said, JCPOA should not create divisions among the people,” said the president while addressing locals in the city of Sari in the northern province of Mazandaran on Monday.

In his address, President Rouhani underlined the necessity of maintaining national unity in the “post-JCPOA” era.

“Today, we are [facing] the post-JCPOA opportunity… and we need unity, solidarity and rapport,” said the president, adding, “We will remain united.”

He said Iran’s success in the negotiations that led to the conclusion of JCPOA was because of the “guidance” and “prudence” of the Leader, the “resistance” of the Iranian nation and efforts by the country’s seasoned diplomats.

President Rouhani also thanked parliament for “approving the outlines of the JCPOA bill” in its Sunday session.

He underlined that there may be some critics of the agreement, which, he said, is natural. Nevertheless, the president underlined, the majority of voices will have the final say.

Iranian lawmakers in an open session on Sunday passed the general outlines of a single-urgency motion that gives the go-ahead to the Rouhani administration to voluntarily implement JCPOA on a basis.

In the session, 139 lawmakers voted in favor of the motion, 100 voted against and 12 abstained.