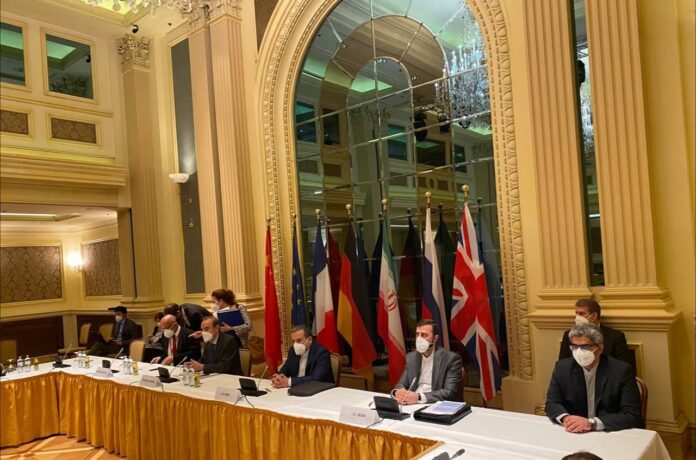 Negotiating teams from Iran and the P4+1 have held the latest plenary meeting of the JCPOA Joint Commission in the Austrian capital of Vienna on Saturday afternoon.

In this meeting, the participants reviewed the latest status of consultations among expert-level working groups in the fields of sanctions removal, nuclear issues, and practical arrangements.

It was decided that the delegations return to their capitals following this meeting, and resume the talks next Friday.

Based on an earlier decision by the Joint Commission on expediting the process of negotiations, the talks were held bilaterally or multilaterally in an intensive way this week, and the parties tried to minimise their disagreements over the drafts.

The participants agreed that in the next round of talks, the process should move forward in a faster and more serious way.

In the past few days, the delegations have held expert meetings as well as bilateral and multilateral talks at different levels in order to review the drafts and declare their positions.

Before the Saturday plenary meeting, the Iranian chief negotiator held separate meetings with Deputy Secretary-General for Political Affairs of the European External Action Service Enrique Mora and Mikhail Ulyanov, the head of the Russian delegation.