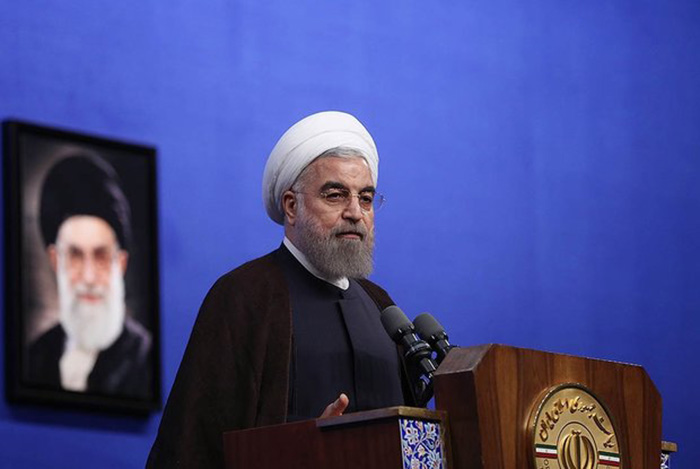 “JCPOA had adversaries and even now, not only in the US, Europe, and the Middle East, but also certain neighbouring countries that are wrongfully afraid of Iran’s power are regrettably making every effort to undermine the nuclear deal,” President Rouhani said.

He made the remarks during an Iftar banquet on Saturday night, July 2, in a meeting with Iranian officials who had played a part in the realization of Iran nuclear deal.

Therefore, Rouhani added, preserving this national achievement is necessary and we should give no excuse to our enemies for compromising Iranian interests.

The President further stressed the need to avoid unnecessary and ineffective rhetoric, saying, “Shouting out loud will not strengthen our national security and interests. What increases our national power, however, is an actual strengthening of our defence system, advancing policies of Resistance Economy and objectives of the 20-Year Vision Plan, conducting defence research and attracting investment.”

“Raising certain slogans will merely provide an excuse for those seeking to promote Iranophobia and will strengthen their positions,” he added.

Rouhani maintained that Iran’s nuclear issue was brought into spotlight by certain powers as a result of the Iranophobia discourse, saying, “In return, we tried to tell everyone that constructive interaction with Iran will benefit all and that Iran is not a threat and does not seek to obtain nuclear weapons.”

The President further noted the various step-by-step attempts by the country’s enemies before the nuclear deal such as reducing oil revenues, blocking banking activities and increasing financial transactions costs up to 20 per cent, adding “bringing Iran’s case to the Security Council and placing us under Article 40 and 41 of Chapter VII of the Charter of the United Nations meant that at any moment, the country could come under a military conspiracy from our enemies.”

Rouhani asserted that ‘serious negotiations’ with the other side with a win-win approach was one way to resolve the issue.

“As of now, the nuclear rights of the Islamic Republic of Iran have been established,” Rouhani said.

“Iran is selling UF6 and heavy water and purchase yellow cake in return; at the same time, the costs of imports have declined, banking relations have been facilitated and conditions for investment have been provided.”