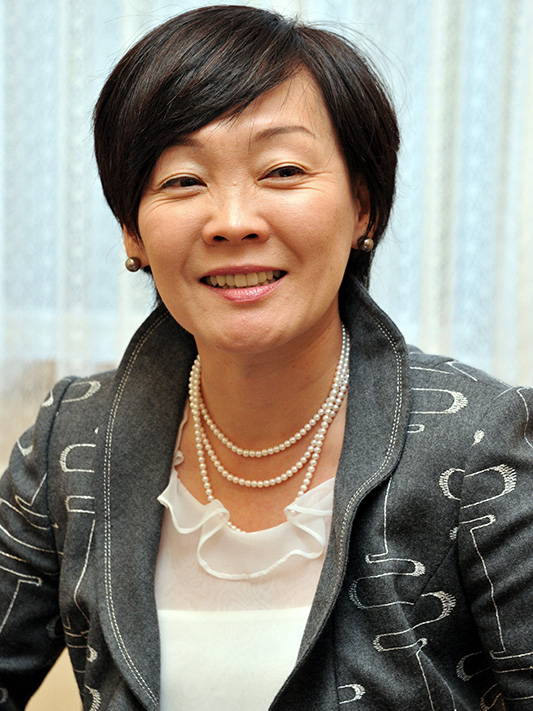 Japanese prime minister’s wife says Iranian women are quite capable and completely successful in their social activities, and easily express their opinions and viewpoints in the society.

Akie Abe, the wife of Japan’s Prime Minister Shinzo Abe, has lauded Iranian women as quite capable and successful [in their social activities], saying that they have the privilege and ability to easily voice their opinions and viewpoints in the society.

According to a Farsi report by the Iran Newspaper’s special edition published on the occasion of Nowruz – the Persian New Year (which started on March 21), she is a calm and decent woman who looks much younger than her age, 54. Although she and Abe got married in 1987, they have no children. As the wife of the incumbent prime minister of a country that has the world’s third largest economy, Akie received a master’s degree in Social Design Studies from the Rikkyo University in March 2011.

Among the reasons she became interested in her university major were contributing to the establishment of schools in Myanmar and making efforts to revive and promote certain food cultures, including managing restaurants that serve organic foods.

Currently, she is involved in different fields such as protecting women’s rights and increasing their role and cooperation in social activities. In early May, she visited Iran to take part in the First Joint Symposium of Iran-Japan on “Women, Peace and Sustainable Development” held in the Institute for Political and International Studies of Tehran.

She commented on Iran and expounded on her take and evaluation on and of the social status and position of Iranian women, in an interview with the Iran Newspaper on the sidelines of the second round of the Joint Symposium of Iran-Japan “Women, Education, and Economic Empowerment” in Tokyo.

Why did you take part in the First Joint Symposium of Iran-Japan? Did the visit help change your attitude towards the country?

I participated in the First Joint Symposium of Iran-Japan on “Women, Peace and Sustainable Development” in Tehran, just to be present in the important conference. However, I plan to revisit Iran in the future and discuss a number of the country’s historical issues as well as its commonalities with Japan in this regard with Shahindokht Mowlaverdi, Iran’s vice president for women and family affairs.

Naturally, my attitude towards Iran drastically changed during the course of my visit to the country, as I held talks with Iranian officials and witnessed the fruitful activities underway in Tehran.

To what extent do you know Iran and Iranian women? How do you evaluate their characteristics?

During my visit to Iran, I found the country’s women quite capable. They are completely successful in their social activities and easily express their opinions and viewpoints in the society. Iran and Japan have age-old cultures and share many common values, such as attaching great importance to family and striving to maintain and strengthen family ties. Acquiring greater knowledge of Iran will definitely help foster cordial relations between the two countries’ women and increase their interactions in the future. It will also help improve relations between the two nations.

Japan has so far had favorable interactions with Iran in the field of environment among which are efforts to revive Lake Urmia in West Azarbaijan province, and Anzali Lagoon in Gilan province. What goals does Japan pursue by such interactions and cooperation?

I am very interested in environmental issues and will do anything to help preserve the environment. Establishing peace is my sole preoccupation. I believe that complete and permanent peace will be brought about only when all people, particularly women, contribute to the process of protecting the environment and play an effective role to this end. I believe that all of the world’s lakes and seas are connected to each other. The issue [of reviving Lake Urmia and Anzali Lagoon] has global dimensions. Thus, I am very keen to see my country expanding environmental cooperation with Iran.