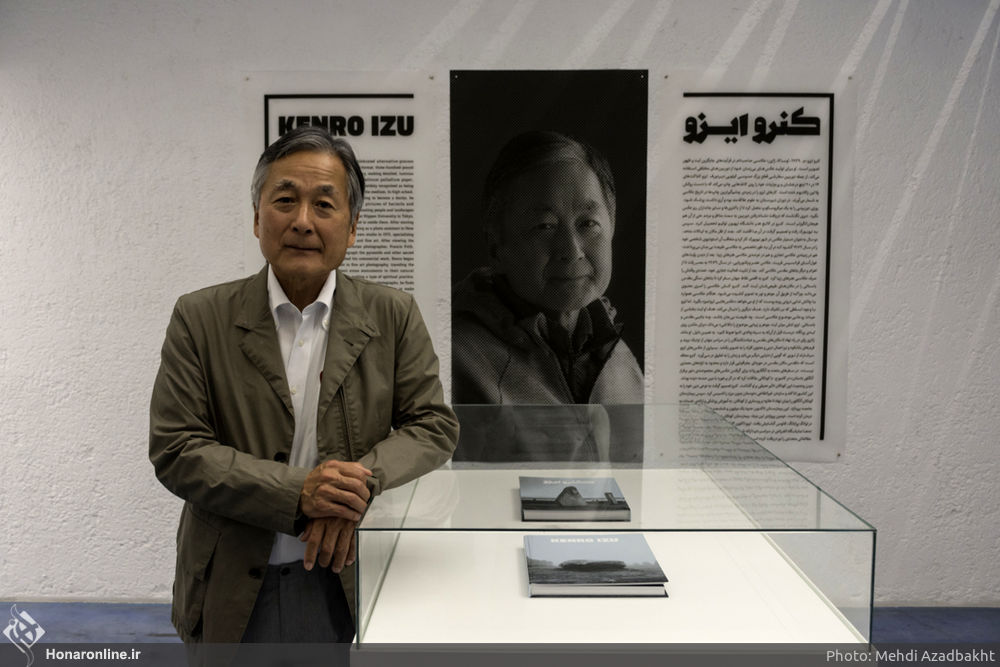 A selection of photos by famous Japanese photographer Kenro Izu are on display in an exhibition in the Iranian capital.

Kenro Izu is a Japanese-born photographer based in the United States. He is the founder of children’s charity Friends Without a Border, for which he has received two awards. He has also been rewarded for his photography.

In 2014, Izu won a World of Children Award. The award has been called the “Nobel Prize for Child Advocates”. It is the only global recognition honouring individuals for serving vulnerable children worldwide.

The interesting point about Izu’s photos is that in addition to the special subjects he chooses, technology and the process of photography and printing also play an important role in these photos.

By personalizing the technical aspects of the work, Izu has created unique photos that capture the audience’s attention.

Part of his fame is also due to the specific processes used in image recording and processing. He also goes beyond the existing photography capabilities and employs customized cameras in addition to the cameras available in the market. At the printing stage, there exist the same features, and Izu’s works are among the most impressive prints in the history of photography.

He has experienced various branches of photography and has excellent knowledge in each of them. Commercial photography, wildlife and fine art, each provide a platform for multiple experiences and the creation of images that have won Izu fame over the years.

The collection on show in Tehran includes photos from his series “Sacred Places”, “Still Life” and “Blue”. Some images show natural locations where human interference is less common. Mysterious and unknown places with religious significance could be seen among Izu’s photos.

In his “Blue” collection we come across two different groups of photos. Flowers and leaves are the subject of his black and white photographs and the inanimate nature (table, glass or porcelain vase, etc.) which are blue photographs. In these photos, inspired by a Japanese writer by Picasso’s period, the photographer’s treatment of simple objects is not that much different from his look at sacred places.

The exhibition has been set up by Hossein Farmani and all collections belong to the Kashan Art Gallery. It will run through November 1 at Tehran’s Nabshi Centre.