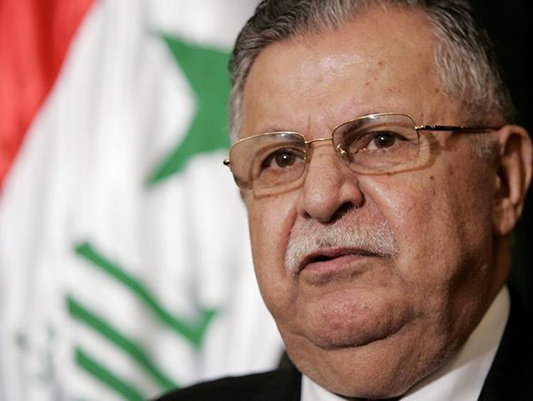 Iranian Foreign Minister Mohammad Javad Zarif has condoled with Iraq over the death of former Iraqi president Jalal Talabani, describing him as a distinguished man who spent his life on protecting the Arab country’s integrity.

“The demise of the former President of the brotherly country of Iraq, Mr Jalal Talabani, made me feel profoundly sad,” Zarif said in a Tuesday message.

“He was one of the influential, distinguished and well-wishing Iraqi personalities who spent his lifetime on the liberation, integrity and independence of his country and nation, as well as maintaining territorial integrity and national unity of Iraq,” the Iranian FM added.

Zarif described his death is an irreparable loss for the brotherly nations of Iran and Iraq, and extended his condolences to the government and the great nation of Iraq including all ethnic groups, tribes and religious sects.

“May God’s blessings shower upon him and the Almighty give his family patience to bear all this pain,” he added.

Jalal Talabani, a veteran Kurdish politician and founder of the Patriotic Union of Kurdistan (PUK), passed away on Tuesday, October 3, at the age of 83 in a hospital in Germany.