A notorious ISIS slave trader is said to have been arrested by Iraqi security forces after an Izadi girl has identified and reported him to them.

Iraqi security forces have seized the infamous slave trader after the Izadi girl, based in Tal Afar, has discovered his true identity and reported him to them.

According to a Farsi report by the Al-Alam News Network, the Izadi girl managed to identify the captured slave owner, nicknamed ‘Abu Ali’, after Iraqi media published photos of the man while exiting Tal Afar as a refugee. 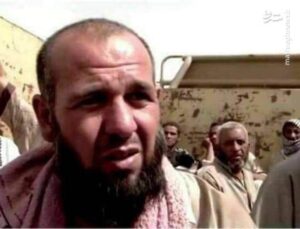 ‘Abu Ali’ has been responsible for buying and selling Izadi Kurd women and girls in the ISIS stronghold in Tal Afar.

The Izadi girl who, herself, used to be a victim of the slave trader gave a full account of the appalling crimes perpetrated by ‘Abu Ali’ to the security forces and demanded them to inflict the severest punishment on him.

It is reported that the Iraqi security forces found and arrested ‘Abu Ali’ in one of the refugee camps for settlement of Tal Afar citizens on Tuesday.

Tal Afar is a Shiite-populated district near the northern Iraqi city of Mosul in Nineveh Province. Izadis are also followers of an ancient religion practiced by more than half a million people in northern Iraq.

Since June 2014, ISIS militants have committed heinous crimes against all ethnic and religious communities in Iraq, including Shiites, Sunnis, Kurds and Christians.