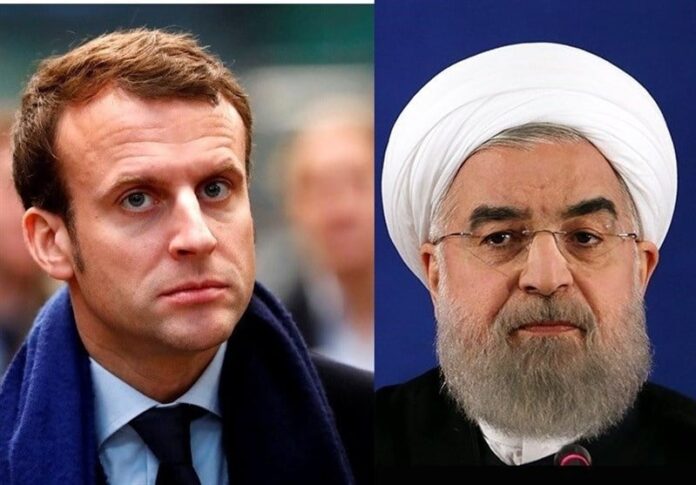 Iran’s President Hassan Rouhani in a telephone conversation with his French counterpart made it clear that staying in the Joint Comprehensive Plan of Action (JCPOA) will be out of the question if Tehran cannot enjoy the benefits of the nuclear deal, from which the US has withdrawn.

“If Iran cannot benefit from the privileges of this agreement, remaining in it will not be practically possible,” Rouhani told Emmanuel Macron about the 2015 Iran nuclear deal on Tuesday.

Pointing to the time limit for offering practical solutions to save the JCPOA, the Iranian president added, “We must not let this very great achievement of diplomacy be destroyed by others’ unilateral measures and breach of commitments.”

He also expressed satisfaction with the stances adopted by Europe, particularly by France, on maintaining the nuclear deal, but emphasized that the words and statements should be accompanied by practical and tangible measures, according to the president’s official website.

As regards the situation in Syria, Rouhani reiterated that Iranian military advisers, unlike the “illegitimate presence of military forces of certain countries in Syria”, are in the Arab country at the official request of the Damascus government for the fight against terrorism.

Hoping for an immediate defeat of terrorism in Syria with joint efforts by the pro-government forces and the Syrian people, he hailed the good progress in drafting the new constitution of Syria, and welcomed continuation of consultation between Iran and France on establishing stability and peace in the Arab country.

For his part, Macron reiterated his country’s commitment to the JCPOA, stating that a series of measures and practical solutions would be taken to ensure Iran’s benefits from the deal.

Macron also stressed that all parties to the nuclear agreement must try to keep it and not make an even tiny mistake giving a golden opportunity to those who want to destroy the accord.

Elsewhere in the telephone conversation, the two presidents emphasized the need for continuation of consultations between Tehran and Paris on bilateral and regional issues.