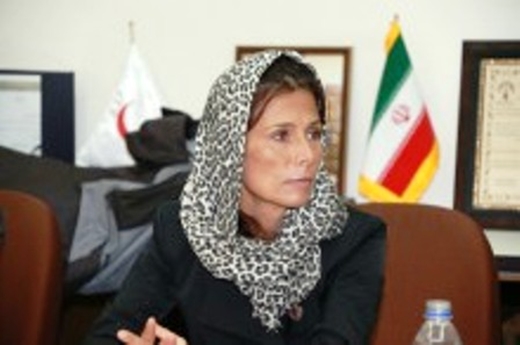 The nurses receiving training at the school will be able to take part in rescue operations and rapid deployment in disaster-hit areas as well as military conflicts.

Deputy Chairman of Italy’s Red Cross in charge of humanitarian affairs said on Tuesday that the school for volunteer nurses has been launched in Iran.

During her stay in Iran, she is to visit the Red Crescent Society of the Islamic Republic of Iran to study the grounds for expansion of mutual cooperation.

The visit will help both sides to learn about the capabilities of each other of rendering humanitarian aid to affected people in due time, she said.

Head of Italy’s Red Cross Francesco Rocha who is visiting Iran for a second time described the aim of his visit as expansion of mutual cooperation with the Red Crescent Society.

She said they had already signed a memorandum of understanding (MoU) with former head of Iran’s Red Crescent Society to broaden scope of cooperation between the two organizations.

The MoU also called for running the school for volunteer nurses, she pointed out.

It is expected that the two sides’ invaluable experience in dealing with natural disasters such as earthquake will be useful in rescue operations, she said.

The nurses undergoing training at the school will be able to take part in rescue operations and rapid deployment in the disaster-hit areas as well as wars and military conflicts, she said.