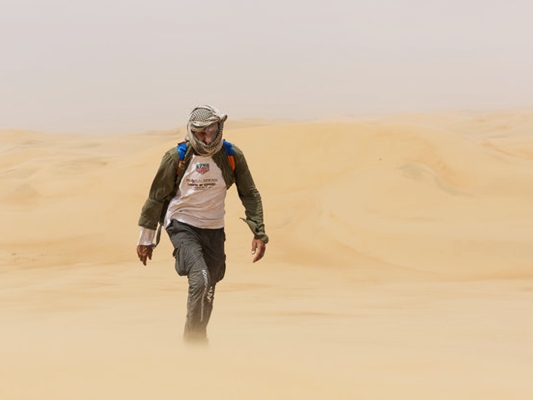 An Italian desert explorer is going to run the impassable tracks of Iran’s Loot Desert in an effort to voice support for the national project of “Lut and Cheetah”. 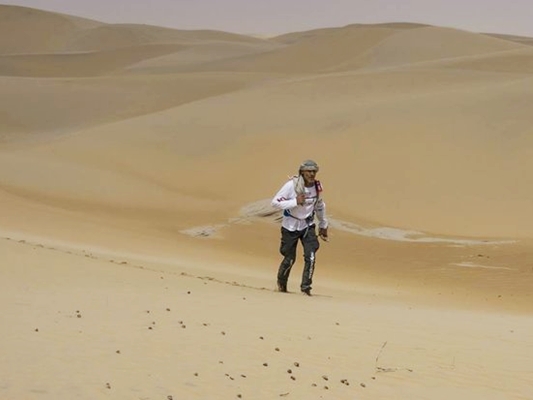 According to a report by ISNA, as translated by IFP, Reza Shajie, the head of the Environment and Sustainable Development Office at the Ministry of Youth Affairs and Sports, said Max Calderan, who is a Muslim Italian desert explorer, is supposed to run in the Lut Desert in the first half of September 2016 to show support for the Asiatic (or Iranian) Cheetah.

“Calderan will not be accompanied by any team since he is going to run nonstop all the 450km route of the desert, except for meagre 10-minute breaks at 2-hour intervals,” Shajie noted.

Calderan is an incomparable runner who will meet this formidable challenge without eating or drinking anything but water, he went on to say. He referred to the registration of Lut Desert in UNESCO as an inspiration that encouraged them to start the project and added, “To this end, with collaboration of Fars Green Centre, we invited Calderan to Iran and fortunately he showed enthusiasm.”

“The first session of the project’s policymaking meeting was held with the participation of officials from the Ministry of Youth and Sports, the Football Federation, the Department of Environment, the Cultural Heritage, Handicrafts and Tourism Organization, Fars Green Centre and financial sponsors,” Shajie said.

The main objectives behind the Lut and Cheetah project are to introduce Iranian Cheetah and Lut Desert to the world and issue an advanced warning about the threats they are facing.

Calderan will first try to cross the Lut desert in December, covering around 400km, north to south, following what has been called an impossible line.
“It is believed that it is impossible to cross this desert on foot because of the tangled and confused mass of sand dunes which are 450 metres high.”
It is in these areas where the last Asiatic cheetahs can be found. Around 70 are believed to still exist. 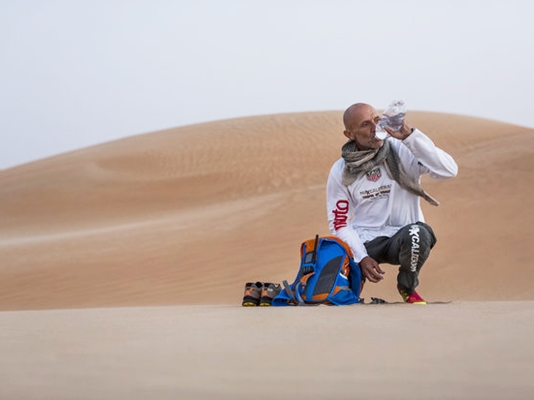 “This is an opportunity for the cheetahs and other desert animals to be saved by drawing attention to their endangered situation,” Mr Calderan said.
The trip is in aid of the United Nations Development Programme’s Conservation of Asiatic Cheetah Project to save the endangered animal. Mr Calderan is the project’s ambassador.
“Much of what the UN does to support this emblematic species has been done on a daily basis for the past 10 years. So, while it is true that the pressures of modernisation, the encroachment of humans, roads and settlements, plus shooting by poachers of both the Asiatic Cheetah and their prey have all caused the number of these emblematic creatures to dwindle to fewer than 100. It is really never too late.”