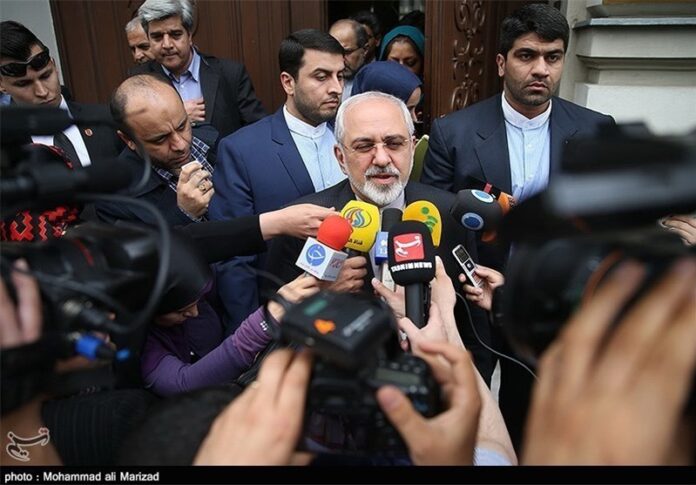 Iranian Foreign Minister Mohammad Javad Zarif referred to the Tuesday May 17 meeting of the International Syria Support Group (ISSG) in Vienna as an opportunity to emphasize the necessity for honouring the ceasefire in war-torn Syria.

Speaking to reporters upon his arrival in the Austrian capital, Zarif said today’s gathering of the 17-nation ISSG presents an opportunity to stress the need for full respect for a ceasefire in the Arab country.

He also lashed out at terrorist groups for misusing the ceasefire to intensify attacks against the Syrian people, stressing the continued fighting against those terrorists.

The ISSG meeting has convened in Vienna to discuss the latest developments in the war-torn nation.

Iran, Russia, Turkey and Saudi Arabia, as well as representatives of the European Union and the Arab League are at the meeting.

The gathering is to discuss the stalled negotiations, the challenges in maintaining the February ceasefire, and the UN delivery of humanitarian aid to various areas across Syria.

Elsewhere in his remarks at the airport, Zarif said he will take the opportunity to hold bilateral meetings on the sidelines of the gathering with his counterparts and with UN Special Envoy for Syria, Staffan De Mistura.