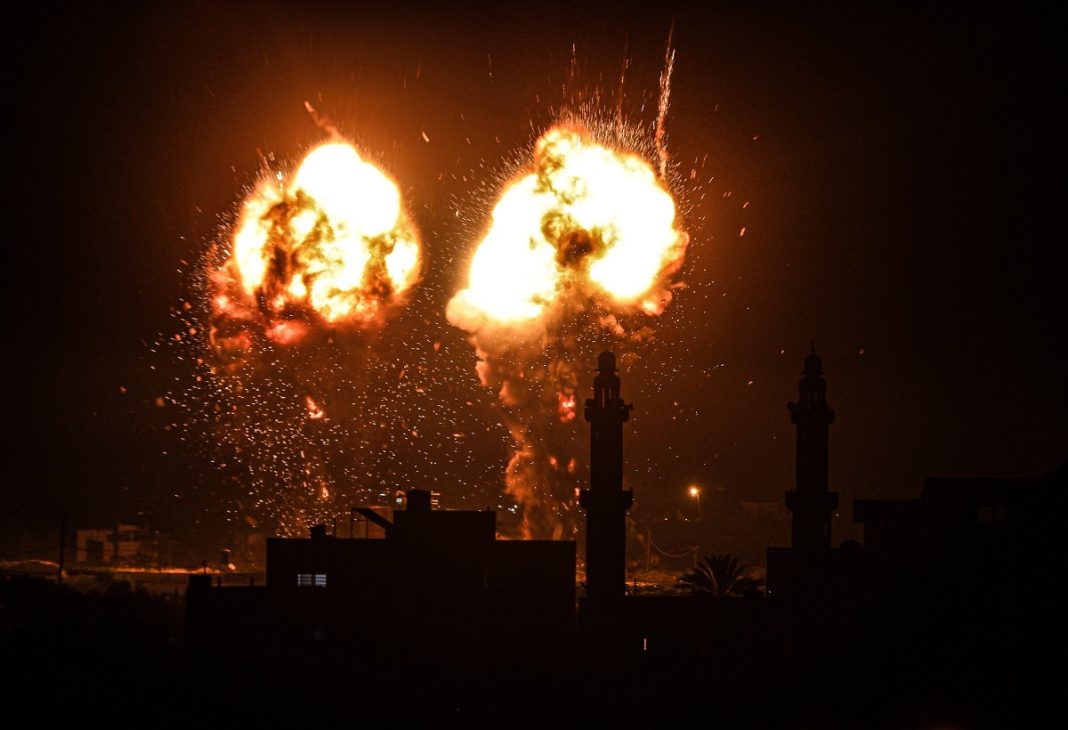 Israeli warplanes have pounded the Gaza Strip, claiming that the raid is in response to rocket fire from the coastal sliver.

The Israeli military announced the air raids in the early hours of Sunday targeted a weapons manufacturing facility and an underground tunnel belonging to Hamas.

“The strike overnight continues the progress to impede the force build-up”, the Israeli Army said in reference to Hamas.

No group has claimed responsibility for the rocket, reportedly the first fired in a month, which the Israeli military claimed landed in an open area near Israel’s separation fence on Saturday evening without causing casualties or damage to property.

The air attack on Gaza follows outrage over the shooting at point-blank range of a young Palestinian man, Ammar Mufleh, 23, by an Israeli soldier in broad daylight on Friday, which was captured on video. The harrowing footage has sparked widespread anger among Palestinians and calls on social media to escalate resistance against the Israeli occupation.

The Palestinian foreign ministry condemned the shooting of Mufleh as tantamount to an execution, and Palestinian activists and social media users are using the hashtag “Huwara Execution” in Arabic, calling for a response to crimes by Israeli forces.

He said the EU was “greatly concerned” about increased violence in the West Bank, including the killing of the 22-year-old Palestinian by Israeli occupation forces.

“The killing of a 22-year-old Palestinian on Friday by Israeli security forces was the latest example of the recent uptick in violence,” Borrell stated, adding, “Under international law, lethal force is only justified in situations in which there exists a serious and imminent threat to life.”

Borrell called for an investigation into the tragic incident and for full accountability.

On Friday, the European Union voiced deep concern over Israel’s use of lethal force against Palestinians, amid a surge in violence in the occupied territories.

The European Union Delegation to the Palestinians made the remark in posts on its official Twitter account, emphasizing that according to international law, the use of lethal force is strictly limited to situations in which there exists an imminent threat of death or serious injury.

It further noted that 2022 has been the deadliest year of violence since 2006, stressing that civilian casualties must be investigated and the regime’s accountability ensured.

At least 200 Palestinians killed in the occupied territories of the Gaza Strip, West Bank, and East Jerusalem so far this year.