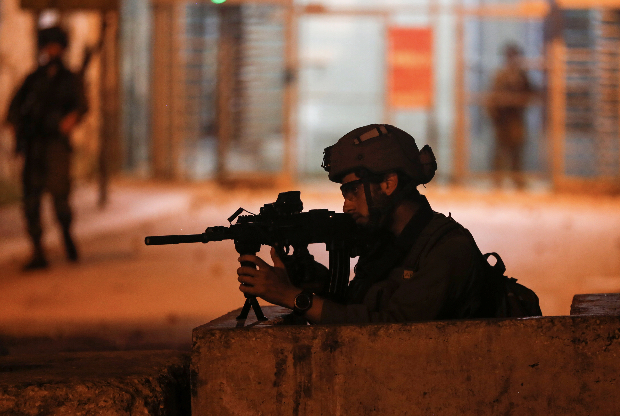 Israeli forces have launched a violent crackdown on a demonstration in support of a Palestinian detainee who has been on hunger strike for 140 consecutive days.

Palestinians staged a demonstration in the city of Umm al-Fahem on Sunday night to express solidarity with Palestinian prisoner Hisham Abu Hawwash, who has been on hunger strike for 140 consecutive days in protest against Israel’s so-called administrative detention policy.

The protesters called for the release of the hunger striker following reports of a severe deterioration in his health condition.

The Israeli troops physically assaulted the protesters and detained four of them.

Earlier on Sunday, a similar protest took place in the West Bank province of al-Khalil (Hebron) demanding the immediate release of Abu Hawwash.

The International Committee of the Red Cross (ICRC) on Sunday expressed serious concern about the situation of Abu Hawwash, stating, “Every effort must be made to find a solution to avoid irreversible health consequences and possible tragic loss of life… Every detainee must be treated humanely and with dignity.”

Abu Hawwash, a father of five children, was arrested in October 2020 and held in an Israeli jail under administrative detention, a form of imprisonment in which the individual is never tried and can be held indefinitely.

The Palestinian Prisoner’s Society (PPS) attorney, Jawad Boulos, has already said the doctors have confirmed that Abu Hawwash is facing the risk of sudden death at any moment.

The Palestinian Commission of Detainees’ and Ex-Detainees’ Affairs has also added the health condition of Abu Hawwash has reached a critical stage and could face irreversible health consequences at any moment, calling for his immediate release.

There are thousands of Palestinians held in Israeli jails. Human rights organizations say Israel violates all the rights and freedoms granted to prisoners by the Geneva Convention.

Palestinian inmates have also been subjected to systematic torture, harassment, and repression.
According to the Palestinian Prisoners Society (PPS), Israel issued 1,595 administrative detention orders against Palestinians in the occupied territories in 2021.