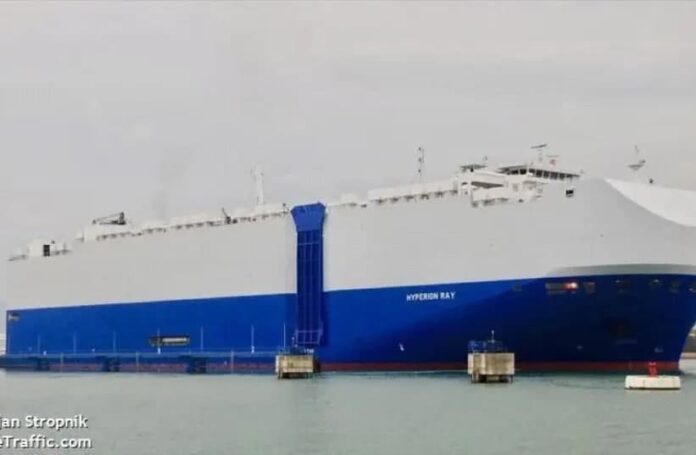 The Israeli-owned cargo ship Hyperion has been attacked near the shores of the Fujairah emirate of the United Arab Emirates.

The ship is owned by the Israeli Ray Shipping company, the same company that owns the vessel that was hit by another attack in February.

Data available on MarineTraffic.com showed that the Hyperion, a vehicle carrier sailing under the flag of the Bahamas, was stopped off the coast of Fujairah.

Some Israeli and Arab media reports claim the ship has been hit by an “Iranian missile”. Iran has not reacted to the allegations so far.

The attack came a day after Tehran vowed to take revenge against Israel for an act of sabotage on its Natanz nuclear facility.