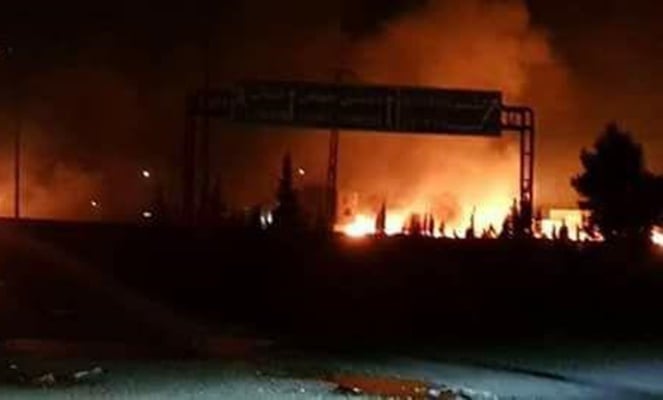 Israeli jet fighters have just attacked a military base south of Damascus amid rumours that Iran is preparing for a retaliatory attack on Israeli positions shortly after US President Donald Trump announced his country’s withdrawal from the Iran nuclear deal.

A Syrian military commander close to the Assad government confirmed to Reuters on Tuesday night that the Israeli airstrike targeted a Syrian army position south of Damascus.

Syrian army official, however, says air defences have intercepted two Israeli missiles and there are no casualties.

An official with the Axis of Resistance also told the Associated Press that the strike targeted a Syrian army position and caused only material damage.

Shortly after the attacks, Israeli Prime Minister Benjamin Netanyahu said in his Twitter account, “We are determined to stop Iran’s entrenchment in Syria and we’ll respond forcefully to any attack against us.”

Earlier, it was reported that Israeli army is calling in reservists from the air defence units, Home Front command and the army intelligence for the fear of an attack by Iran and its allies in retaliation of the Israeli attacks on T-4 Airbase in Syria’s Homs, which killed several Iranian advisors.

That came after CNN reported on Tuesday that Pentagon officials are concerned about signs that Iran might be preparing a military strike against Israel from Syria.