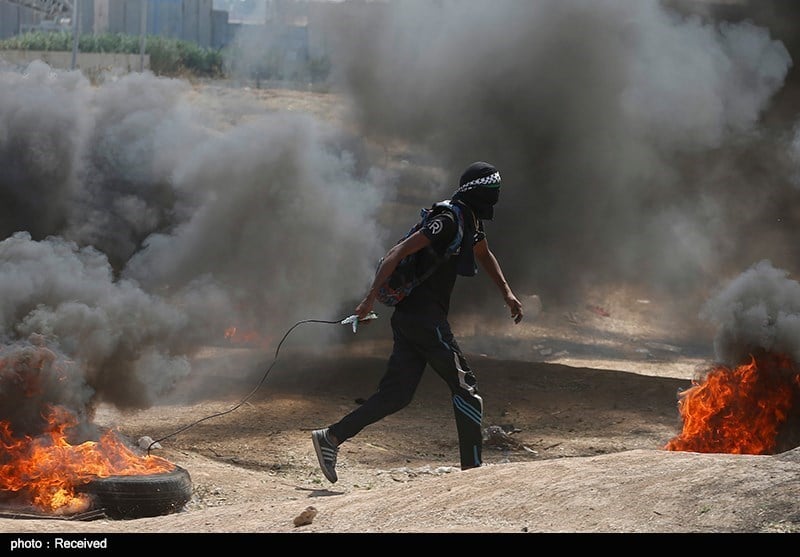 Israeli forces killed more than 18 Palestinians and wounded at least 500 others along the Gaza border on Monday, media reports said, as demonstrators streamed to the frontier on the day the United States prepared to open its embassy in Jerusalem (al-Quds).

According to Palestine Al Yawm television network, at least 18 people were killed on Monday by Israeli forces near the Gaza border as protests intensified on the 70th anniversary of Israel’s founding. Over 520 people were reported wounded.

Three kids were among the dead, the report added.

The Israeli army said 10,000 Gazans were demonstrating in 10 different locations along the border. It said thousands more were located in gathering points several hundred meters from the fence.

The killings have drawn international criticism, but the United States, which has angered the Palestinians and Muslims by relocating its embassy to Jerusalem from Tel Aviv, has echoed Israel in accusing Gaza’s ruling Hamas movement of instigating violence.

The protests are scheduled to culminate on Tuesday, the day Palestinians mourn as the “Nakba” or “Catastrophe” when, in 1948, hundreds of thousands of them were driven out of their homes.

The Israeli military claims its troops are defending the border and firing in accordance with the rules of engagement.

Palestinian witnesses said Israeli aircraft also dropped flammable material on Monday to burn tires that protesters had stacked in preparation for them to be set on fire and rolled at the fence.

The Israelis also fired tear gas at people inside the tented encampments that have sprung up along the border, witnesses said.