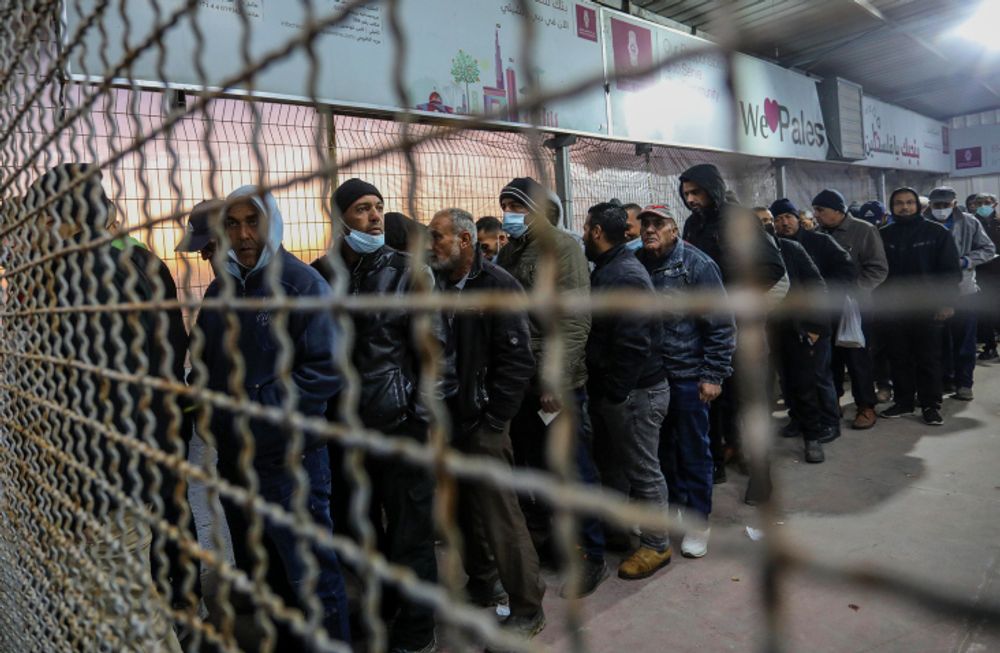 The move, announced on Saturday, comes after the Israeli army accused Hamas, the armed group that rules the Gaza Strip, of firing three rockets into Israel late on Friday.

One hit an open field inside Israel, while another fell inside the Palestinian territory, the Israeli army announced, without providing details on the third one.

Earlier this week, the Israeli army said four rockets were launched from Gaza but were intercepted by air defence systems.

“Following the rockets fired toward Israeli territory from the Gaza Strip last night, it was decided that crossings into Israel for Gazan merchants and workers through the Erez Crossing will not be permitted this upcoming Sunday,” COGAT, a unit of the defence ministry responsible for Palestinian civil affairs, stated in a statement.

The exchange of fire took place amid heightening tension at the Al-Aqsa Mosque in occupied East Jerusalem which has been at the centre of days of violence following a series of Israeli incursions into the holy site, which began at the start of Ramadan.

At least 57 Palestinians were injured on Friday when Israeli forces raided the mosque and attacked worshippers with rubber-coated bullets, stun grenades and fired tear gas.

Tear gas was also fired after Friday prayers, hitting Palestinians worshipping at the Dome of the Rock inside the compound.

Al-Aqsa sits atop the Old City plateau of East Jerusalem, which Israel captured in a 1967 war and annexed in a move that has not been recognised internationally.

Palestinians want occupied East Jerusalem as the capital of their hoped-for future state.

Palestinians accuse Israel of restricting Muslim worship at Al-Aqsa – the third-holiest site in Islam – while not doing enough to enforce a longstanding ban on Jewish prayer at the compound.

Settler incursions under police protection during the Jewish festival of Passover this past week had led to daily confrontations with Palestinians at the mosque, with many injured and arrested.

On the first day of Passover, April 15, at least 158 Palestinians were wounded and 400 others were arrested inside the compound. Dozens more were injured and arrested throughout the week.

Despite fears of matters escalating on the ground, Palestinians have said that their continued presence at Al-Aqsa is imperative.

Ramadan represents a rare opportunity for Palestinians from the occupied West Bank as they are only allowed to enter the city with a difficult-to-obtain military permit outside of the holy month.

While Passover has ended and entrance into the mosque will be restricted to Muslims during the last 10 days of Ramadan, tensions on the ground in Jerusalem and in the occupied West Bank remain high.

On Friday, thousands of Palestinians participated in a mass rally called by the Hamas movement to show solidarity in the face of continued Israeli raids in occupied Jerusalem and the Al-Aqsa Mosque.

At the demonstration in Jabalia refugee camp, in the northern Gaza Strip, protesters held banners declaring Palestinian dominion over the Al-Aqsa Mosque and chanted slogans deploring Israeli attacks against worshippers there.

Weeks of protests and raids by Israeli forces on Al-Aqsa during Ramadan last year escalated into a widespread uprising across Israel and the occupied Palestinian territories, and an 11-day assault on the besieged Gaza Strip.