Israel to Suffer Heavy Defeat in Case of Attack on Gaza: Iran 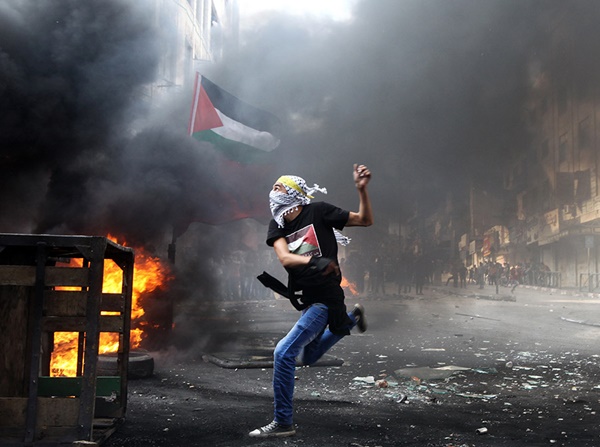 Iranian Foreign Ministry Spokesperson Bahram Qassemi slammed Israel’s threat of a new war on Gaza as part of a psychological warfare in harmony with Saudi Arabia, saying the Zionist regime will have to face a resounding defeat in case of a military action against Palestine.

Asked about the possibility of an Israeli attack on Gaza, during an interview with Beirut-based U-News agency on Tuesday, Qassemi said the Zionist regime would not dare to take such an action because it would suffer a major defeat.

Qassemi also deplored that the independence of countries has been bought with dollars, and for the big money, human values are sold.

Saudi Arabia has spent petrodollars on military buildup, he said, adding that US President Donald Trump started to sell them arms after discovering their weakness and created an arms race in the region between Arab countries.

Asked about the Iranian foreign minister’s statement that Saudi Arabia possesses missiles capable of carrying nuclear weapons, Qassemi said he did not rule out the fact that certain regimes in the region are being supplied with various weapons in lieu of petrodollars.

He also said that Saudi Arabia could not manufacture such weapons, which Trump calls “fine and good weapons,” adding that Trump would eventually withdraw money, give them weapons and train them in these arms.

He further described the Turkish intervention in Syria as incorrect, saying Iran believes that this intervention could re-activate the movement of terrorist groups there and end the existing relative security atmosphere.

He also added that the concern and disappointment of Trump with the Syrian situation and defeat of Daesh (ISIL) could ignite a war again, citing a Monday attack on Damascus.

Referring to reports of US support for groups in Syria with sophisticated weapons over the past few months, Qassemi said clues show these arms have been used in recent days.

Citing the downing of a Russian Su-25 fighter in Idlib, Qassemi said the actions of some terrorist groups using US weapons could carry some special interpretations and meanings.

He added that the course of the Astana conference was able to eliminate Daesh in Syria, because Tehran, Ankara and Damascus played a role that led to relative security in Syria, as well as the role of the Sochi Conference.

He went on to say that the statements of some US officials indicate that they will remain in Syria, as they came to stay and to implement their plans.