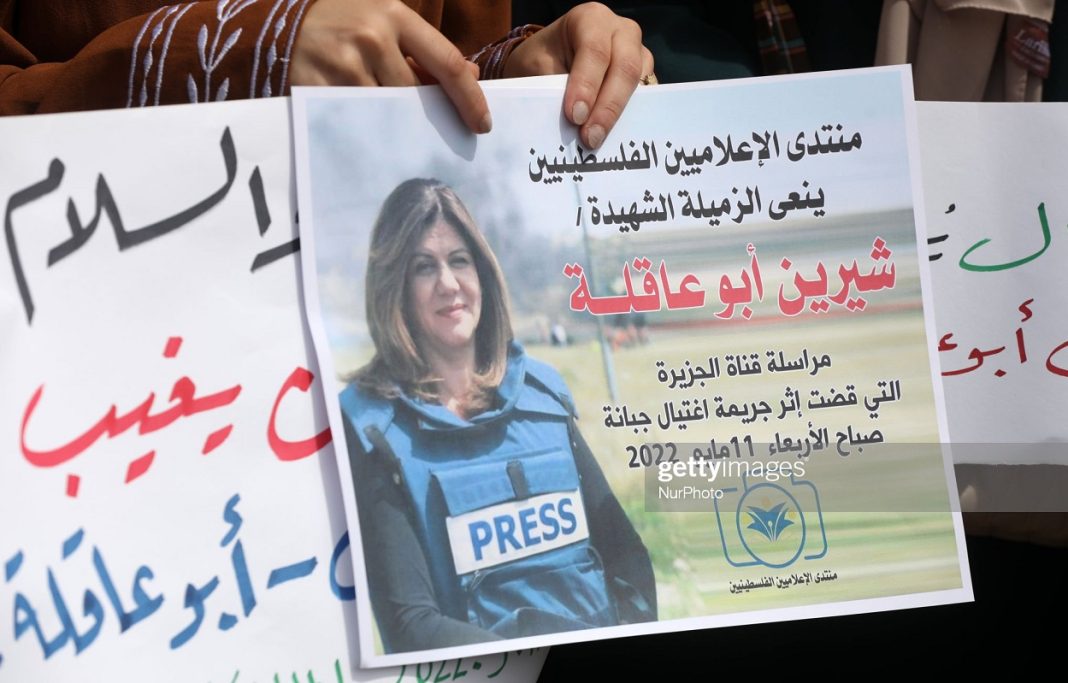 Israel’s military chief has walked back assertions made earlier that Al Jazeera reporter Shireen Abu Akleh may have been killed by stray bullets fired by Palestinian forces.

Lieutenant General Aviv Kochavi stated it was now unclear who fired the shot that killed Abu Akleh on Wednesday in the occupied West Bank town of Jenin.

“At this stage, we cannot determine by whose fire she was harmed and we regret her death,” he said, according to news reports.

The Israeli army initially raised the possibility that the veteran Al Jazeera journalist might have been killed by Palestinian gunfire, saying armed fighters were also present in the area at the time the journalist was shot.

Releasing a video earlier on Wednesday showing Palestinians firing in an alley at the Jenin camp, the Israeli army announced the video was meant to bolster its contention that armed Palestinians were firing in the area at the time

Israeli Prime Minister Naftali Bennett also shared a tweet with a video clip appearing to show armed Palestinian fighters who he stated had claimed to have shot a soldier. Because no Israeli forces were hurt on Wednesday, he noted that suggested the gunmen had shot a journalist instead.

“According to the data, we currently have, there is a considerable chance that armed Palestinians, who fired wildly, are what led to the unfortunate death of the journalist,” the prime minister wrote in a tweet.

However, the Israeli human rights group B’Tselem conducted its own research into the claims and released a video on Wednesday that cast doubt on the Israeli army’s narrative of the killing of the journalist.

“Documentation of Palestinian gunfire distributed by Israeli military cannot be the gunfire that killed Journalist Shireen Abu Akleh,” the organisation wrote in a tweet.

The organisation provided coordinates for the two locations, which appeared to be about 300 metres (330 yards) apart and separated by walls and buildings.

Dror Sadot, a spokeswoman for the rights group, stated its evidence shows “there is no way” that the gunfire shown in the video distributed by Israeli forces had killed Abu Akleh.

Israel’s Defence Minister Benny Gantz said later on Wednesday that “the preliminary investigation conducted by the [Israeli army] in the last several hours indicate that no gunfire was directed at the journalist – however, the investigation is ongoing”.

The European Union has called for an “independent” investigation into her death, while the US envoy to the UN, Linda Thomas-Greenfield, called for the killing to be “transparently investigated”.

Asked about Israel’s openness to an international investigation, army spokesman Amnon Shefler stated the military’s internal investigative systems were “robust” and that it would conduct its own probe.

Shefler told reporters that Israel “would never deliberately target non-combatants”, calling the journalist’s death “a tragedy that should not have occurred”.

Speaking to Al Jazeera on Wednesday, Omar Shakir, Israel and Palestine director for Human Rights Watch, noted the organisation is looking into the killing of Abu Akleh, but decried Israeli investigations as “mechanisms” for whitewashing.