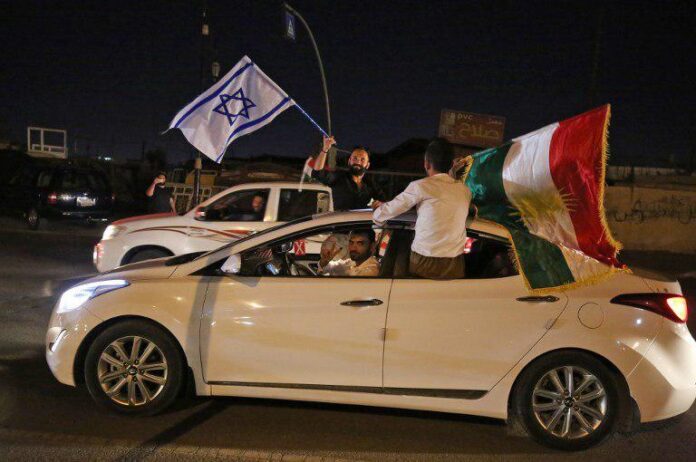 Experts maintain Israel has played a key role in convincing the Iraqi Kurds to hold the independence referendum because the Zionist regime is the main winner of the secession in the region.

By triggering the idea of the Iraqi Kurds’ independence, Israel is seeking to disintegrate Iraq in order to undermine the strong Shiite forces fighting ISIS in the war-torn country, wrote in an op-ed the managing director of Persian-language Javan daily, Abdollah Ganji.

Ganji said Israel has raised and contributed to the idea of the Kurdish independence to roll back the latest victories of Iraqi forces backed by Popular Mobilization Units over ISIS.

He went on to say that Tel Aviv is deeply worried that during the upcoming post-ISIS era in Iraq, the united coalition of experienced forces from Pakistan, Afghanistan, Iraq, Syria, Lebanon and Iran will turn their eyes to Israeli forces in the Golan Heights.

“Therefore, to avoid any confrontation, Israel has hatched a plot to involve the forces in a new crisis.”

“As Hezbollah Chief Hassan Nasrallah said, the future war in the region would not be limited to Israel and Hezbollah but there will be many other sides including Iraq, Iran, and Afghanistan and so on,” Ganji noted.

“Creating a new civil war in Iraq will waste the available energies and capacities in a region far from the Golan Height. Fight against ISIS created a unity between experienced forces and paved the way for a massive campaign against the terrorists. Now the Zionists are deeply worried about the future of these forces in the post-ISIS era.”

“Kirkuk is a potential scene for another war which the Zionists are seeking to trigger. Substantiated reports say the US is seeking to destabilise the region by 2035 and the creation of ISIS and the disintegration of Iraq is part of the plan,” he added.

In another piece in the same newspaper, conservative analyst Abbas Salimi Namin said the latest developments in Iraqi Kurdistan region once again reveals the racial nature of Tel Aviv.

He went on saying the Zionists look at the Iraqi Kurds as an instrument to press ahead with their own interests in the region.

“Unfortunately, it is not clear yet why the head of Kurdistan region, Barzani, has forgotten his father’s recommendation who warned against putting trust in the Zionists. We also don’t know in return for which concessions he has decided to hold the referendum,” he wrote.

It goes without saying that if Iraq faces the tragic fate of Sudan, the least benefit that the Zionist will reap would be putting immense pressure on Baghdad to keep Tehran at bay. “The same story will go on for Iraq and Syria as well,” he added.

Salimi Namin accused the US of adopting double standard policies, saying the US claims it is in the camp of Iran, Turkey, Iraq and Syria when it comes to the independence of the Iraqi Kurds but “the independence vote was not possible without the US and the UK’s support for Iraq’s disintegration.”

“Meanwhile, the Zionists’ plot to fuel ethnic clashes in the region would end up in failure if the US and the UK hadn’t supported it,” he concluded.