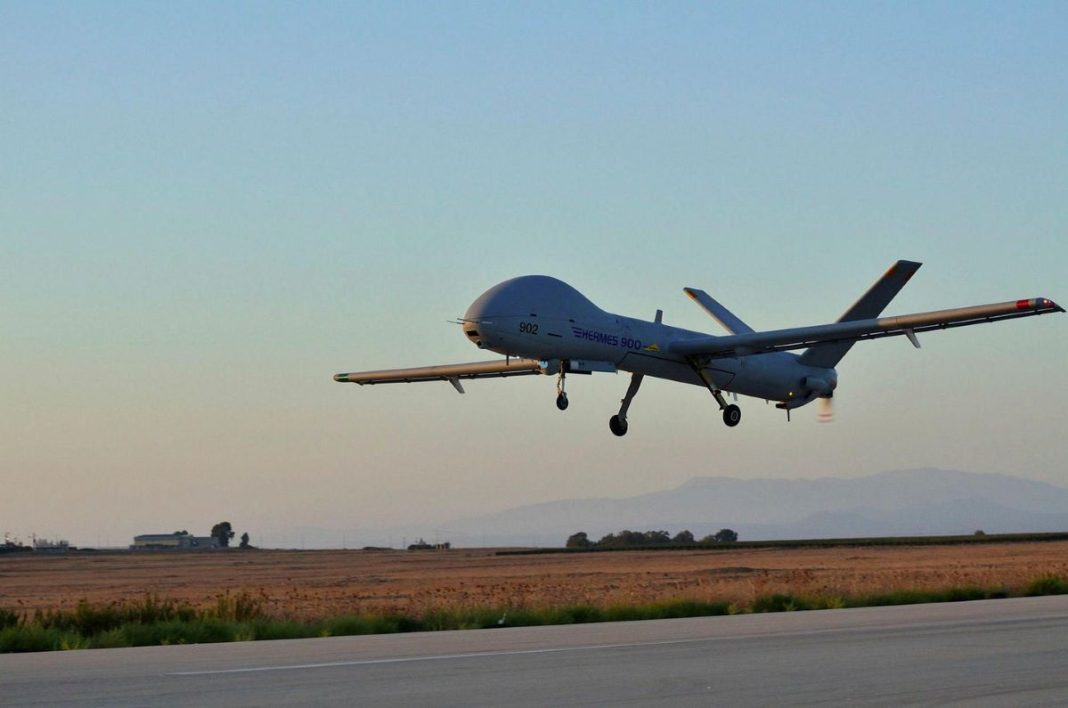 The Israeli army chief has given the green light for the use of armed drones to carry out assassination operations against Palestinians in the occupied West Bank.

According to a report published by the Jerusalem Post, Israeli commanders will now be allowed to use the platforms not only as cover and intelligence for forces during operations but also to carry out strikes against Palestinians.

The order seemingly comes within the context of Israeli forces attempts to police the Palestinian territories, especially since drones are a military instrument that can be used easily and without risk.

Army Chief, Aviv Kochavi, gave his approval to use the armed drones for assassinations and “to carry out strikes” against Palestinian resistance groups that “pose an imminent threat to the Israeli military”, the media outlet said.

The Israeli army has evaluated the situation in the West Bank, said Kochavi on Wednesday, adding that Israel will keep preparing for every scenario to ensure what he described as “Israel’s security”.

According to the Jerusalem Post, Israel is hoping that drones and remote-controlled weapons can keep its troops out of harm’s way in the West Bank for the time being. In the same context, it is noteworthy that the Israeli occupation forces recently installed a remote gun turret in a heavily populated area of al-Khalil, after reportedly deploying facial recognition technology on the Palestinian territory last year.

Israel has used Elbit’s Hermes 450 drones to carry out targeted assassinations in Gaza since 2008. According to reports, these drones have been in production since the late 1990s. However, establishing a full account of their usage is difficult, as Israel’s military censor had banned reports on their use until earlier this year.

In July, the Jerusalem Post reported on this note that Israel Air Force has been using attack drones for at least the past 20 years, and it has been extensively documented in US diplomatic cables as well as at international air shows. The Israeli troops, however, never publicly disclosed the use of such platforms, and Israeli journalists who attempted to publish anything were blocked by the censor.

Also in September, the same source confirmed that Israeli occupation commanders had undergone training to prepare them for the possibility that they will use armed drones during counter-terrorism operations. It is believed that the order was given as Israel feels it might be facing an extensive operation in the northern West Bank, similar to Operation Defensive Shield in 2002.

The Tel Aviv regime follows the footsteps of its number one ally, the United States, which has been conducting drone strikes for years, especially under the Obama administration.

In 2020, the US carried out its notorious drone attack in which it assassinated commander of Iran’s Islamic Revolution Guard Corps’ Al-Quds Brigade, General Qassem Soleimani on Iraqi soil.

Back then, Agnes Callamard, a United Nations special rapporteur on extrajudicial, summary or arbitrary executions, said, “There are no robust standards governing drones’ development, proliferation, export, or capability for use of force. No transparency. No effective oversight. No accountability.”

Similarly, using drone strikes allows the Israeli occupation to evade accountability the same way the US has been for years.

Despite Israeli claims that the intelligence provided by drones makes it easier to target those Palestinians it has defined as “terrorists”, research shows civilians are the main victims.

Amnesty International told media outlets that it documented 48 civilian deaths from drones, and this does not represent the full number. In only six Israeli drone strikes back then, 29 Palestinian civilians were killed, 8 of them children.

Israel’s response back then was that Israeli forces failed to take all feasible precautions to verify whether the targets were Palestinian resistance fighters or civilians. According to statistics compiled by human rights groups in Gaza, civilians are the chief casualties of what Israel refers to as “surgical” strikes from drones.