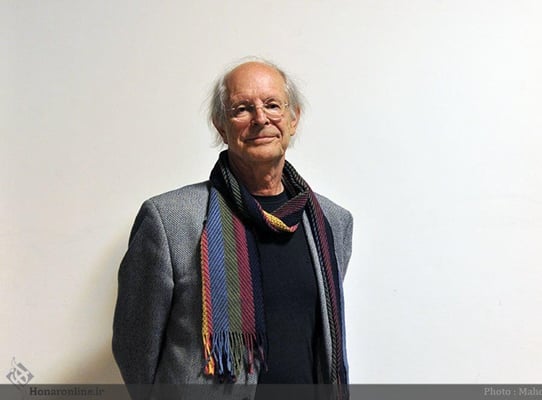 A Swiss professor of architecture believes that Islamic architecture has deep roots in the Persian culture and art, and has been developed from Iran to other Muslim countries.

Professor Thomas Meyer-Wieser is a prominent architect who has spent a long time on Islamic culture and civilisation. According to him, a book named “Iran: Architectural Guide” is the result of the activities and trips he made to Iran.

He is very fascinated by the architecture of Iran and, of course, the people living in this country. What follows is the translation of an interview conducted by the Persian-language news website Honar Online, on the occasion of National Architecture Day, with this prominent Swiss professor who speaks very fervently about Iran and its civilisation:

Q: Please introduce yourself and tell us more about yourself.

In 1979, along with the UNESCO team, I worked on the Sassanid Qal’eh Dokhtar fortified palace in the city of Firuzabad in Iran’s Fars province, and from 1980 to 1984, I was an associate professor of Thomas Oswald at ETH. In 2009, I established my own company in the field of architectural and cultural activities, and from 1995 to 2005, I was in Switzerland teaching landscape architecture.

Q: When was the first time you came to Iran?

A: It was in 1979. My plan was to go to India after Iran and stay in India for one year, but Iran and Afghanistan were so attractive to me that I went to India after a year. I travelled to Iran because I had to go through an internship program under the Swiss training system. Accordingly, I chose Iran for my internship. I think I was 20 or 22 when I began to explore Iran. After working with the UNESCO team in rebuilding Qal’eh Dokhtar, I got more interested in Iran, and since then I have been coming to Iran at least once a year. I met with Dr Hosna Pourhashemi at Zurich’s ETH in 2011. Since then, with her collaboration, we brought about 14 European and Swiss groups of architects and urban planners to Iran and introduced them to Iran’s historical and natural places.

Q: What specific feature of Iran made you interested in the country?

A: The most important factor that attracted me to Iran was the people. Apart from its unique architecture, I had a good sense of the Iranian people. I really feel good here.

Q: How did you decide to write the book “Iran: Architectural Guide”?

A: I first wrote a book about Cairo, and then I went to the Museum of Islamic Arts in Switzerland where I got the idea to write a book on Iran. I started to write the German version of the book. I cannot say how long it took to write the book, but the process of writing, designing the pages and editing took about three months.

Q: What do you think is the most amazing structure that exists in Iran, and why it was attractive and wonderful to you?

A: If I want to talk about the design of a city, I will name the Shushtar New Town, designed by Mr Kamran Diba. New Shushtar’s design is a modern urban design. I think Mr Diba’s project is the culmination of the modern art of Iranian artists. Even those who do not have any information about architecture will be attracted by the design of this town.

A: In my recent speech in Tehran, I have talked about this issue and the interactions that have taken place between Islam and various countries. When the Arab caliphs came to Iran to conquer the country, good things happened to both sides. Iran did not have the printing industry at that time, and it profited from the Arabs, and the Arabs did not have administrative, managerial, and cultural system, and they learned it from Iranians. Therefore, because of Iran’s rich culture, we can say almost all the things that exist in Islamic architecture are rooted in Iran and the Iranian culture.

Q: Are you working on any new research project or book about Iran?

A: I cannot say anything at the moment, but I would like to write separate books about the cities of Tehran and Isfahan.