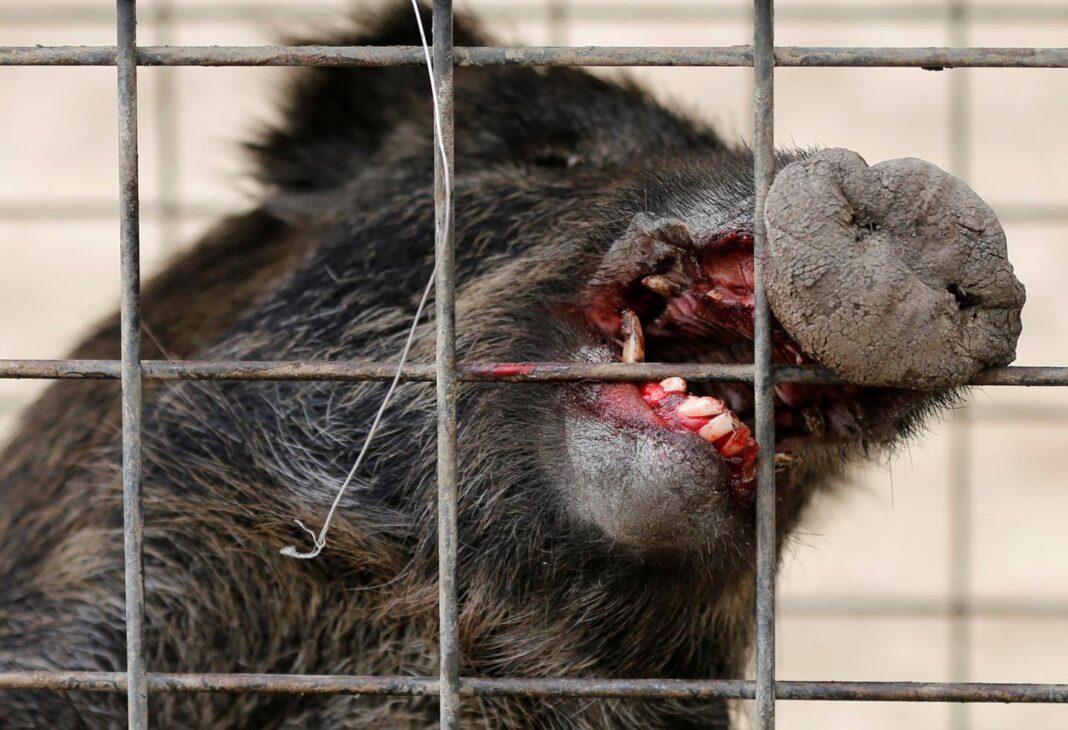 Three militants loyal to the ISIS terrorist group have been killed by wild boars as they planned to ambush Iraqi civilians, according to local sources.

At least eight ISIS fighters had reportedly taken cover among dense reeds in Iraq’s al-Rashad region, about 55 miles southwest of Kirkuk, in preparation for a surprise attack on local anti-ISIS tribesman when a herd of wild boars attacked the extremists on Sunday, killing three.

The militants likely disturbed the notoriously short-tempered animals, said Sheikh Anwar al-Assi, a chief of the local Ubaid tribe and head of the group of local tribesmen who took up arms after ISIS took control of the nearby town of Hawija.

“It is likely their movement disturbed a herd of wild pigs, which inhabit the area as well as the nearby cornfields. The area is dense with reeds, which are good for hiding in,” Assi told The Times.

The event was corroborated by local Kurdish fighters who have joined Iraqi popular forces in attempting to oust ISIS from nearby Hawija.

The extremists’ mutilated bodies were reportedly discovered by refugees fleeing the violence that has beset the war-torn nation.

An alliance consisting of Iraqi military, a group of popular forces called Hashd al-Shaabi, the US-led coalition forces and Kurdish units (known as Peshmerga) are seeking to drive ISIS out of Iraq, according to Brigadier General Azad Jelal, the deputy head of the Kurdish intelligence service in Kirkuk.

“Three fighters from ISIL were near the Peshmerga checkpoint in al-Rashad. They met some feral boars and the boars killed the three fighters,” Jelal told The Telegraph, using an alternative acronym for ISIS.

“Some refugees saw the bodies on the edge of a farm when they were fleeing and they told us. A few days later ISIL started to kill pigs around the area,” he added.