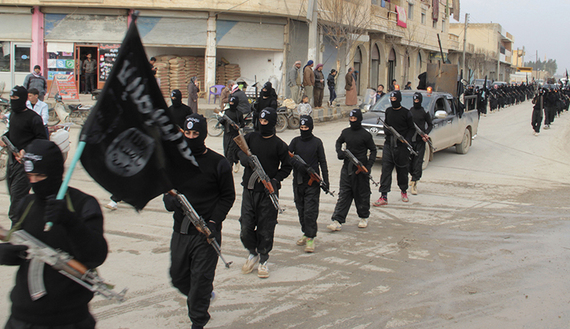 According to local witnesses, the ISIS terrorist group has dug a fiery moat around Iraq's northern city of Mosul in a bid to hinder advancement of Iraqi forces after the ceasefire collapsed in the war-torn region.

Local witnesses said that ISIS elements have dug a long fiery moat around Mosul in an attempt to impede the progress of Iraqi forces.

There is only one path left open to Iraq’s western desert and to the borders of Syria from there; therefore, if worse comes to worst for the terrorists, they will have a chance to flee into Syrian cities of Raqqah and Deir ez-Zor.

Militants from the terrorist group have started digging the moat in preparation for a long battle with Iraqi forces.

Reports suggest that fighters have sealed off entire districts and began building a network of tunnels to obstruct government troops.

Reuters reported that senior Iraqi military officers, Mosul residents, and local officials say a trench along the city’s perimeter is being built.

Mosul is the largest city under Isis control and a battle to liberate the city is set to be the biggest, and possibly longest, the terrorists have ever fought with an operation to retake the city possibly launched in the next month.

According to a report by Al Alam, as translated by IFP, Khalil Harb in an article in the Lebanese newspaper As-Safir said Iraqi Prime Minister Haider al-Abadi has announced military operations to liberate the town of Al-Shirqat, which is located 120km from Mosul.

However, General Joseph Francis Dunford, chairman of US Joint Chiefs of Staff, announced that Mosul will be liberated in October, namely on the verge of the US presidential election, in the hope that a possible victory in the operation would benefit the US democrat presidential candidate Hillary Clinton.

Meanwhile, the ceasefire in Syria is still hanging in the balance and efforts by the US, Russia and other countries have all turned out fruitless. Even the meeting of International Syria Support Group (ISSG) was of no avail to revive the collapsed ceasefire in Syria.

While every eye is on the tensions between Washington and Moscow to be relieved, Iraq’s future as a country whose destiny is geographically intertwined with Syria is of utmost importance.

On the other hand, as the war drums are getting louder in Mosul, there is a chance that Americans seize this opportunity to exert pressure on Syria.

In fact, since the summer of 2014 when Abu Bakr al-Baghdadi declared himself as the caliph of Iraq and Syria, the Americans never bothered to hide that they are cooking the idea of defeating ISIS in Iraq and pushing the terrorists into Syrian territory.