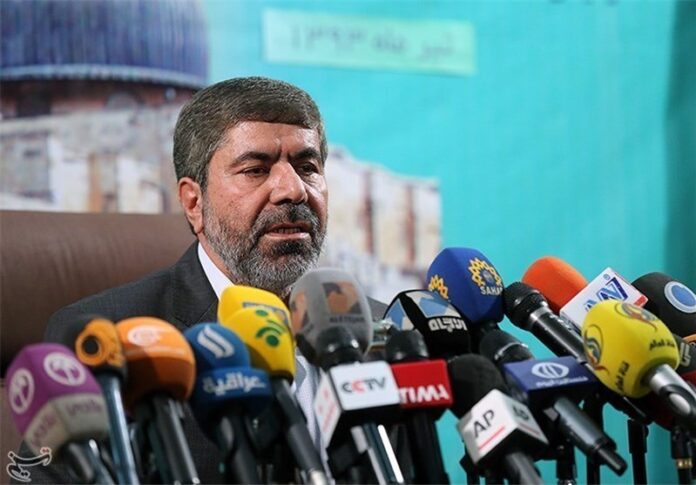 The IRGC spokesman says Iran will take revenge from foreign intelligence services for the recent terrorist attack on a military checkpoint on the western border with Iraq, which left 11 Iranian guards dead.

Brigadier General Ramezan Sharif said it is better for these countries to stop their support for criminal terrorist groups who try to disrupt the security of Iran’s borders.

“The IRGC’s ground forces in recent years, especially after the emergence of ISIS and Takfiri terrorism on the periphery of the country, have been successful in countering the destabilising scenarios of the enemies of the Islamic Republic.”

“The IRGC, along with other security and defence forces, has had a successful presence in providing security and peace for the dear people of the border provinces in the west, northwest, and southeast of the country,” he added.

He further noted that the enormous attendance of the faithful and grateful people of Marivan and Kurdistan province in the funeral ceremony of the martyrs showed that the efforts and investment of the enemies to create a gap between people and the institutions of the Islamic Republic have failed.

Sharif also warned that if the enemies do not stop supporting terrorists they will face the strong response of the country’s security and defence forces, especially the IRGC, and will have to face the music.

The Saturday night attack in the village of Dari in Marivan led to clashes which entailed in an explosion at an arms depot, where 11 IRGC and Basij members lost their lives.

In the past years, security forces and border guards of the Islamic Republic of Iran have engaged in clashes with terrorists, many of whom try to cross the country’s borders with Pakistan and Iraq to carry out attacks inside Iran.