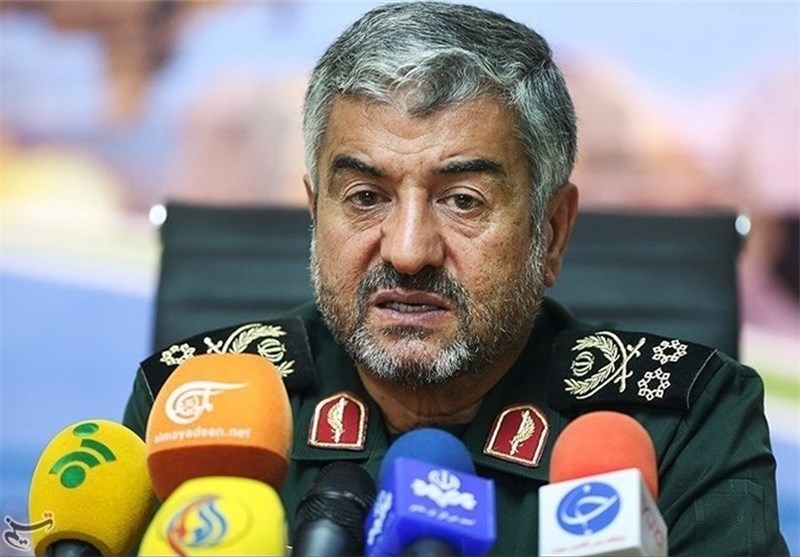 Commander-in-Chief of the Islamic Revolution Guards Corps (IRGC) Major General Mohammad Ali Jafari says the military force is capable of coping with any insecurity and thwart any plot hatched by the enemies.

Speaking on Wednesday, General Jafari said if it was not for the hard attempts by the ground forces of the IRGC, Iran would have serious problems along its borders.

“Today we have developed our capabilities in various fields to cope with the insecurity and plots created by the enemies,” he was quoted as saying in a Farsi report by Fars News Agency.

The top commander also said the IRGC should make some fundamental decisions if it is to cope with the enemies’ threats.

“Over the past months, we witnessed the emergence of some agitations in some cities and attacks by ISIS along our borders, both of which were thwarted by the IRGC ground forces and Basij (voluntary) forces,” the general said.

He went on to say that by equipping themselves with new advanced military equipment like helicopters, the IRGC’s ground forces have increased their capabilities to cope with the enemies’ threats.

“In addition to human resources, other elements like advanced and cutting-edge technologies and equipment like drones and precision guided and long-range weapons play a leading role in countering the insecurity in the east and southeast regions of Iran,” he said.

General Jafari also added today no country can achieve its goals in any war by just focusing on massive airstrikes and severe attacks.

“Today we are witnessing that despite its relentless targeting of the PKK positions, Turkey does not achieve its desired goals. Even in Syria and Iraq, we see that precision guided weapons have the upper hand in military operations,” he said.