IRGC to Get Even More Popular after US Blacklisting: Rouhani 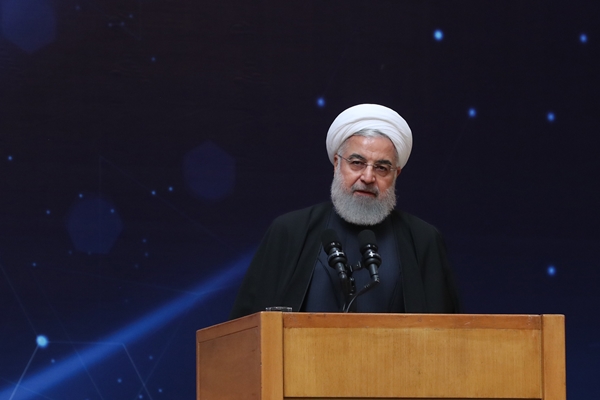 The Iranian president says designating the IRGC as a terrorist organization by the United States is a mistake that shows Washington’s hostility, grudge, and disappointment towards Iran, and will just increase the popularity of the Islamic Revolution Guards Corps in Iran and the region.

“This mistake will unite Iranians and the IRGC will grow more popular in Iran and the region,” Hassan Rouhani said on Tuesday.

Rouhani defended the IRGC as protectors of Iran saying that the IRGC members have sacrificed their lives to protect people, and (1979) revolution.

“Who are you to label revolutionary institutions as terrorists?” Rouhani asked in an address to a conference marking the country’s Nuclear Technology Day.

“You want to use terrorist groups as tools against the nations of the region. You are the leader of world terrorism,” he said.

US Attempts to Counter IRGC Will Get Nowhere: Iran Leader

Rouhani said this unprecedented step will heighten tensions in the Middle East.

He hailed the moves by the IRGC in the region underlining that the military force helped countries in the region like Syria and Iraq in recent years to defeat ISIS.

The Iranian president also added that Washington tried to use ISIS as a tool for its own purposes and still protests its leaders. “America has used terrorists as a tool in the region while the IRGC has fought against them.”

He further pointed out that the move cannot hamper the Islamic Republic’s military or technological progress.

“I am telling you, if you pressure us, we will mass produce IR-8 advanced centrifuges,” Rouhani said, addressing US leaders.