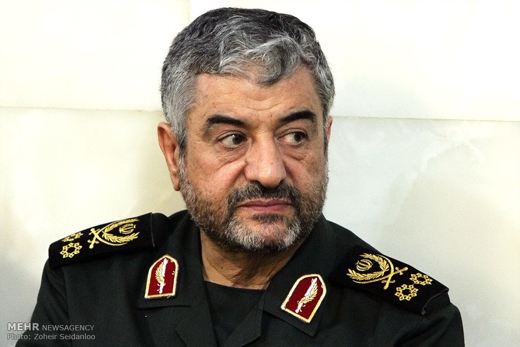 The IRGC commander has said that big victories are in the card for Syria in coming days.

The commander of the Islamic Revolution Guards Corps (IRGC) has said that big victories are in the card for Syria in coming days, adding that martyr Hossein Hamedani lost his life for achieving such victories.

Major General Mohammad Ali Jafari, who was speaking in a ceremony to honor the memory of the fellow Revolution Guards general, further said that Syria is the supporter of the Islamic resistance against colonial powers and the Zionist regime, adding that the security of West Asia, including Iran, is tied to Syria and the axis of resistance.

The general went on to say that hegemonic powers are seeking to topple the Syrian government so that they can spread their influence in Islamic nations, adding that General Hamedani, who had sensed this threat, had an active presence in Syria to defend the resistance movement.