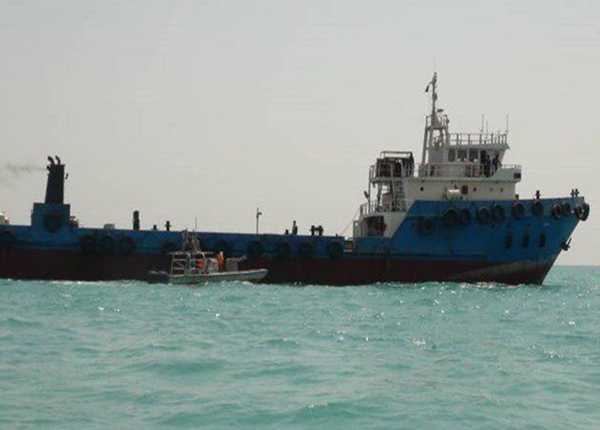 The Islamic Revolution Guards Corps (IRGC) has seized another foreign vessel in the Persian Gulf containing 700,000 litres of smuggled fuel, an IRGC official announced on Sunday.

The vessel was seized by IRGC patrol boats at 21:30 on Wednesday night near the Persian Gulf island of Farsi, said the commander of the Second Region of the IRGC Navy.

Brigadier General Ramezan Zirahi said the vessel had loaded the fuel from other ships, and was smuggling it to Arab states of the Persian Gulf.

Following the seizure of the ship, 700,000 litres of fuel were confiscated and seven foreign crew members arrested, he added.

The IRGC had earlier in July seized a foreign tanker smuggling one million litres of Iranian fuel near the Strait of Hormuz in the Persian Gulf.

The tanker MT Riah was a UAE-owned Panama-flagged vessel seized in the south of the Iranian Larak Island on July 14.

IRGC naval forces, which were patrolling the waters on an anti-smuggling mission, acted against the vessel in a “surprise” operation upon ascertaining the nature of its cargo and securing the required legal approval from Iranian authorities.

The ship had loaded the fuel from Iranian dhows and was about to hand it over to other foreign vessels in farther waters. The vessel, which had 12 foreign crewmembers aboard at the time of the seizure, is capable of carrying two million liters of fuel.