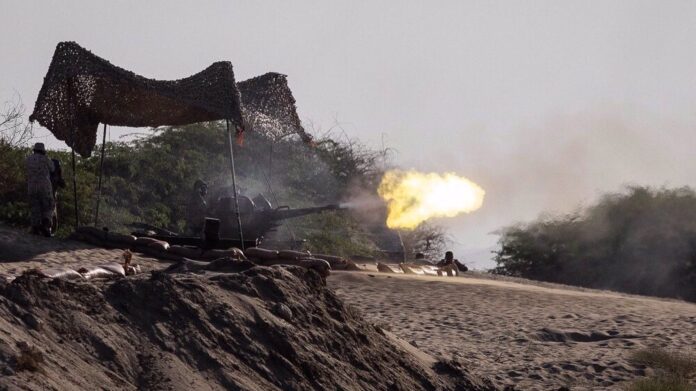 In a statement released on Saturday, the Hamzeh Seyed al-Shohada Base said the IRGC’s ground forces had targeted the positions of counter-revolutionary outfits and inflicted heavy damage and casualties on them.

“As it has repeatedly been declared, maintaining national security, peace and comfort of the Iranian nation, especially the people living in border provinces, is the red line of the country’s Armed Forces, especially the IRGC’s ground forces,” the statement read, warning that terrorists will be punished for their shameful and criminal acts.

On Friday, three Iranian border guards were killed and two others wounded in clashes with armed counter-revolutionary elements in the Targavar district of West Azarbaijan Province.

The Iranian forces managed to repel the terrorists’ infiltration into the Islamic Republic.

In recent years, Iranian border guards have on many occasions engaged terrorists who attempted to cross the frontier and carry out attacks.

Such confrontations are not rare in West Azarbaijan Province, which borders Iraq and Turkey.

The area has seen occasional fighting between Iranian forces and PJAK terrorists as well as militants linked to the Daesh group.

In July, Iran said terrorists had killed two people and wounded a third person in an attack in Iran’s province of Kurdistan, to the south of West Azarbaijan. In June, Iran attacked bases of PJAK terrorists in northern Iraq.