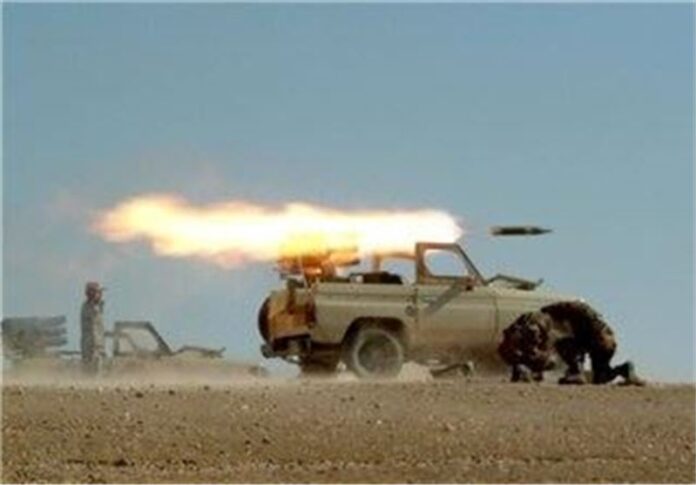 The first phase of the three-day war game codenamed “Payambar-e Azam 11 (The Great Prophet)” kicked off in Dasht-e Kavir on Monday morning under the motto of “Presentation of Power and Sustainable Security”.

Various units of the IRGC Ground Force have participated in the military drills, including the artillery, air defense, drone, infantry and air force units.

In the first phase of the war game, the positions of the mock enemy were hit by advanced and smart rockets with pinpoint accuracy.

Earlier on Saturday, Commander of the IRGC Ground Force Brigadier General Mohammad Pakpour had announced that the military drills will be staged in two phases, adding that advanced rockets will be test-fired during the war game in central parts of the country as well.

The commander also highlighted the importance of unmanned aerial vehicles (UAVs) in the IRGC Ground Force and said drones are now used in all the missions of the force, including reconnaissance, combat and suicide missions.

The Islamic Republic has repeatedly assured other nations, especially neighboring states, that its military might poses no threat to other countries, stating that its defense doctrine is based on deterrence.