IRGC Expert: US Spy Drone Brought Down by Single Shot 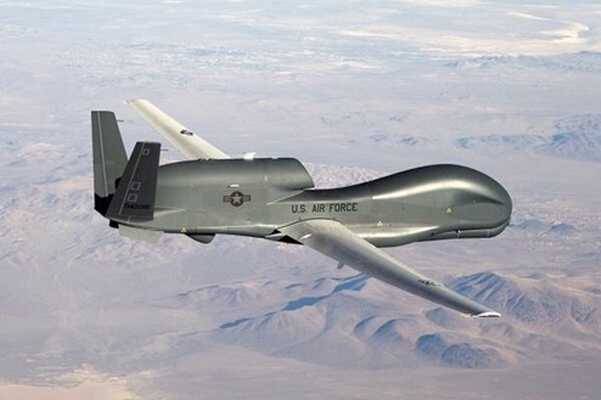 An IRGC officer unveiled more details of a recent operation against a US spy drone that had violated the Iranian airspace, saying the intruding aircraft was shot down with the first and only missile fired by a homegrown air defence system that hits targets at altitudes as high as 90,000 feet.

Speaking at a televised interview on Wednesday, Major Mohammad Ali Khodabakhsh, an expert of air defence operations at the Islamic Revolution Guards Corps, disclosed further information about the advanced US spy drone that was shot down by the IRGC Aerospace Force in Iran’s southern skies last week.

He said the highly sophisticated MQ-4C Triton that had taken off from Al Dhafra Air Base in the United Arab Emirates was annihilated by Iran’s air defence missile system ‘Khordad-3rd’ at an altitude of 50,000 feet.

The officer noted that the homegrown system launched only one missile to shoot down the intruding aircraft, unlike the other air defence systems that have a margin of error and may hit the target with two or three launches, such as the American Patriot missile system.

The officer added that Khordad-3rd anti-air system can take action against targets at an altitude of 90,000 feet and within a range of 100 kilometers.

The doomed drone was not flying alone when it violated the Iranian airspace, Major Khodabakhsh added, saying a P-8 military aircraft with 38 people on board and an MQ-9 unmanned aircraft were in company with the intruding drone at a short distance, but at a lower altitude.

The military expert finally said shooting down of the MQ-4C Triton spy drone that is at the cutting edge of technology gave the US a message that its F-35 or F-22 fighter jets will suffer the same fate if they ever enter the Iranian airspace.

In a statement after bringing down the US drone on June 20, the IRGC said the pilotless plane had switched off all of its communication systems after take-off and flew towards the port city of Chabahar via the Strait of Hormuz in maximum stealth.

The costly military plane was shot down by the IRGC when it violated the Iranian airspace near the Strait of Hormuz and began to spy on Iran and collect information during return to the Emirati airbase.