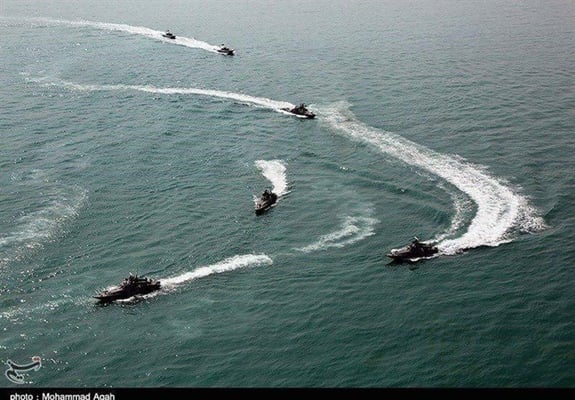 The spokesman for Iran’s IRGC confirmed on Sunday that Iranian forces have successfully staged a drill in Persian Gulf earlier this week, saying the maneuver was carried out as part of the IRGC’s annual schedule.

Brigadier General Ramezan Sharif said the drill was staged near the strategic Strait of Hormuz, which Iran has threatened to close in case its oil exports are hampered by the US and its allies.

“This drill was aimed at controlling and protecting security of the international waterway [Hormuz strait] and was part of annual IRGC drills planned beforehand,” Tasnim News Agency quoted him as saying.

The spokesman did not elaborate further about the details of the drill, which had not been publicized yet.

Unnamed US officials told Reuters on Thursday Washington believes Iran has started carrying out naval exercises in the Persian Gulf.

The report said Iran has apparently moved up the timing of annual drills amid heightened tensions with Washington.

One official said possibly more than 100 vessels were involved in the drills, including small boats.

Tensions between Tehran and Washington have seen a surge since US President Donald Trump took office January 2017. Trump pulled the US out of the 2015 nuclear deal in May, and is set to re-impose full sanctions in two stages in August and November.

The US is also working to pushing the world to cut trade with Iran and stop purchasing the country’s oil. Iran has vowed to hamper the region’s oil flow in case the US cut down to zero Iran’s oil export.