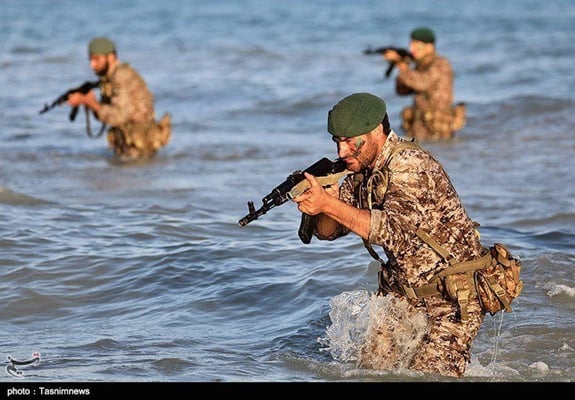 Iran's Islamic Revolution Guards Corps kicked off a massive military exercise on Saturday, which for the first time will include offensive operations in southern parts of Iran.

“The experiences of IRGC ground forces in fighting terrorism and maintaining security of borders … have led to the creation of the new tactical doctrines, a part of which will be put to test in the Great Prophet 12 drill,” he said.

General Pakpour said the drills are defensive in nature, adding that Iran poses no threat to any country but it needs to be ready for counterattacks in the face of hostile aggression.

The commander said the IRGC forces have since December 15 been making preparations and receiving training for the drill in the southern province of Fars.

Anti-helicopter mines developed by Iranian experts will be used for the first time in the drills.

Following is a video published by Tasnim showing IRGC Ground Forces’ special operations unit, Saberin, infiltrating an island in the Persian Gulf as part of the drill: