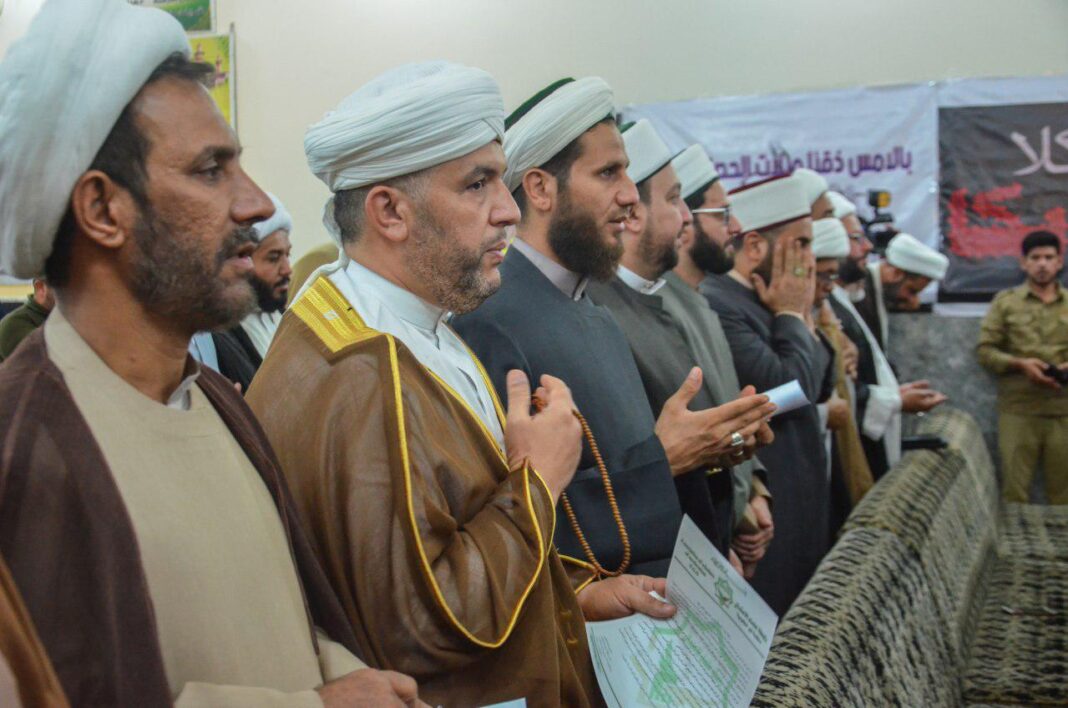 A host of Muslim Iraqi clerics from both Shiite and Sunni denominations have issued a public call to counter sanctions slapped on Iran by US President Donald Trump.

In a meeting held in the Iraqi capital Baghdad, the clerics also expressed solidarity and rapport with the Muslim nation of Iran.

The clergymen participating in the event touched upon the bitter experience of sanctions that Iraq suffered for 13 years in the 1990s, calling on all freedom-seeking nations around the world to turn a blind eye to US threats and strive to counter Washington’s bans on Iran, reported the Islamic Republic News Agency (IRNA).

The participants underlined that the United States, with its unfair domination around the world and adopting a policy of imposing blockades and famine on nations, has overstepped all human and moral boundaries. They said the only way to tackle the unfair sanctions imposed on the Iranian nation is for the clergy of the Muslim world and all Muslim nations to close ranks, put free trade in place and promote relations among Islamic countries.

The top religious figures attending the event also said the United States’ history is studded with crimes against world nations, including the atomic bombardment of Japan, the war on Vietnam, the military invasion of Iraq and imposing an economic blockade on the country, and now seeking to re-impose economic sanctions on Iran.

They underscored that it will not be appropriate to remain silent in the face of Washington’s criminal policies and it falls upon all Muslim scholars and nations to stand up and foil these sanctions.

The participants underlined that Islam is opposed to genocide, stressing that economic blockade is one of the methods of genocide used by the US, a method already used against the Iraqi nation.

The participants also issued a statement at the meeting in condemnation of Washington’s unilateral sanctions on Iran.