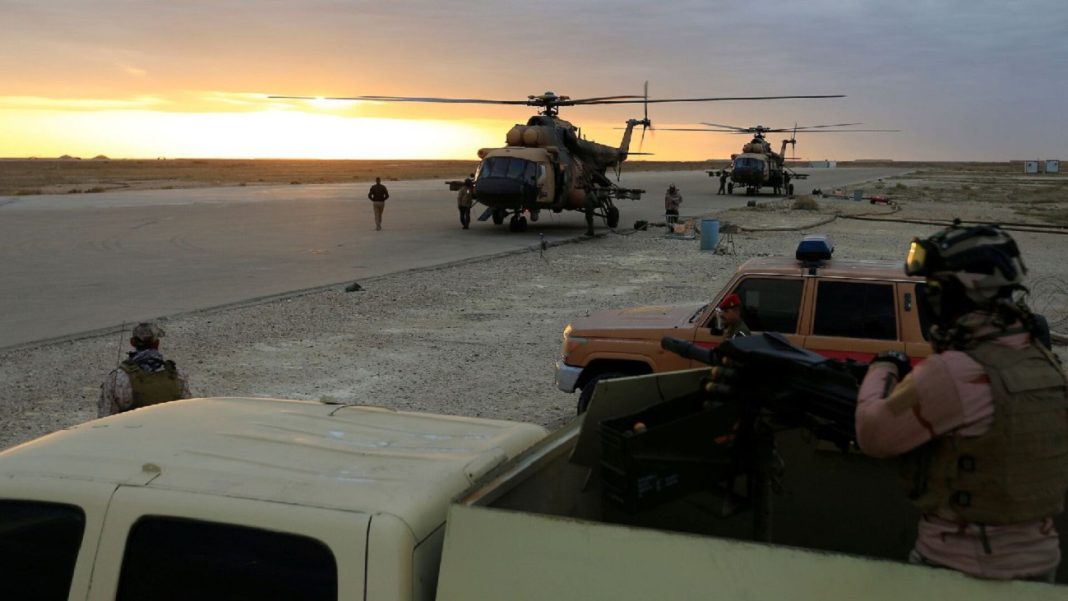 Iraqi Prime Minister Mohammed Al-Sudani defended the presence of US forces in the country setting no timetable for their withdrawal.

He made the remarks in a Sunday interview with the Wall Street Journal daily.

“We think that we need the foreign forces… Elimination of ISIS [Islamic State terrorist group] needs some more time,” Al-Sudani told the newspaper, referring to the US and NATO contingents that remain in the country in a non-combat role.

The prime minister stressed that no foreign combat forces are needed inside Iraq. The role of the United States is limited to providing intelligence and training the Iraqi troops on how to fight Daesh (ISIL) militants.

According to Al-Sudani, he is planning to send a high-level delegation to Washington for talks next months, a move expected to allow for his future meeting with US President Joe Biden. Iraq strives to build similar relations with the US to what Saudi Arabia and other Gulf nations already have, Al-Sudani noted.

In early January 2020, the Iraqi parliament voted to end the presence of foreign military in the country after a US strike killed Abu Mahdi al-Muhandis, the second-in-command of Iraq’s Popular Mobilization Units (PMU) and top Iranian commander Lieutenant General Qassem Soleimani in Baghdad. Since then, the US handed a number of military sites back over to Iraq, including airbases and army headquarters.

In December 2021, Iraq’s Joint Operations Command confirmed the withdrawal of armed forces of the coalition from Iraq except for military advisers.