Iraq No Base for Anti-Iran Attacks: New Parliament Speaker 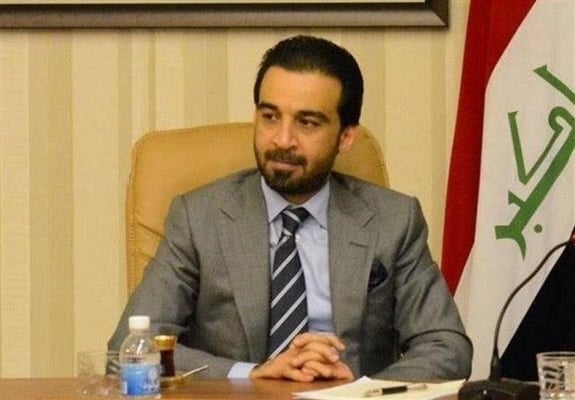 The newly-elected speaker of the Iraqi legislature says he won’t tolerate efforts by anti-Iran groups to use Iraq’s soil to attack the Islamic Republic.

“We won’t accept [dealing] damages to Iran from the Iraqi soil. We should protect the country and our neighbours,” Mohammed al-Halbousi said in his first TV appearance after being elected as the Iraqi parliament speaker on Saturday.

Also in a Monday phone conversation with his Iranian counterpart Ali Larijani, Halbousi described the US sanctions on Iran as “unjust”.

“Iraqi lawmakers are totally against any pressure or economic sanctions on the Islamic Republic and reject the measures as injustice. We will remain behind the Iranian nation,” he said.

The Iraqi parliament speaker then referred to the current regional instability and insecurity and said Iraq is ready to contribute to efforts underway to restore peace and security to the region along with Iran.

Halbousi further expressed his gratitude to the Islamic Republic for its support for him and said the Iraqi nation and lawmakers have always been thankful to Iran for its unconditional support for Iraq in the past and present, particularly in the liberation of the country from the grip of the ISIS terrorist group.

He also officially invited his Iranian counterpart to visit Iraq.

Iran to Keep Standing by Iraq

Larijani in turn congratulated Halbousi on his election as Iraq’s new parliament speaker and expressed hope that the Arab country could move towards further stability.

“I hope with the efforts made by you and other Iraqi lawmakers, we could see the completion of Iraq’s political process by the election of the new prime minister and president,” he said.

This could lead the country towards political, economic and social stability, security and social welfare, Larijani added.

He then told his Iraqi counterpart that the role played by the Iraqi parliament speaker in restoring peace to Iraq is highly critical under the current situation.

The election of the Sunni lawmaker paved the way for the creation of a new government four months after the general election.

Halbousi is the former governor of Anbar province and was the nominee of the pro-Iran bloc inside parliament.

Under an unofficial agreement among Iraqi politicians dating back to 2003, the prime minister position is reserved for Shiites, the president is a Kurd, and the parliament speaker a Sunni.

His election triggers a 90-day process that will eventually lead to a new government.