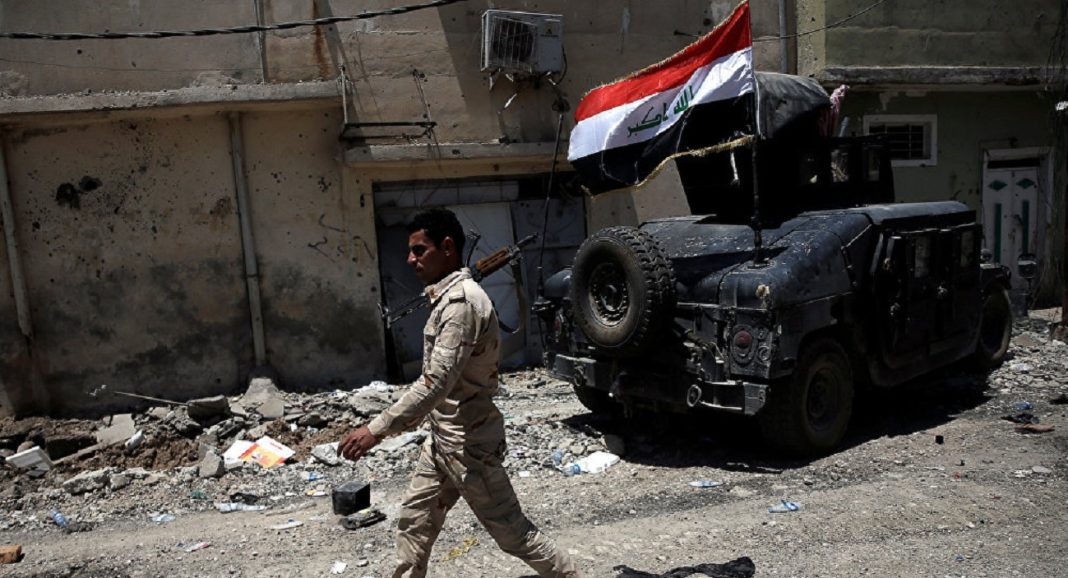 A spokesman for the Iraqi armed forces has said the country’s army has managed to dismantle a cell belonging to the Daesh terrorist group that is known as “Dijla Province” killing dozens of operatives.

The general said 43 Daesh terrorist got killed and their weaponry seized by the Iraqi forces. Rasul added that Iraqi assault helicopters participated in the operation as well.

He noted that the remaining pockets of Daesh are in desert areas of Iraq where weather conditions are tough.

Rasul also said the Iraqi forces will continue going after the terrorist cells of Daesh in all areas including in the mountainous regions and valleys.

His comments come as an Iraqi judicial official said deputy governor of Daesh south of Baghdad Abul Hassan Gharibawi has been sentenced to death by hanging.

Last week, Iraqi forces also launched a massive operation in the western province of al-Anbar to dislodge the remnants of the Daesh terrorist group from the region.