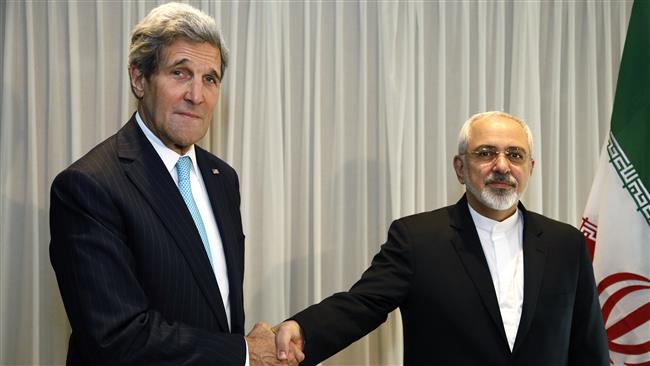 Iranian Foreign Minister Mohammad Javad Zarif and US Secretary of State John Kerry have held fresh talks in Munich as a March deadline for a nuclear deal between Tehran and the P5+1 group approaches.

The two foreign ministers started their talks on Friday on the sidelines of Munich Security Conference.

Back in January, Zarif and Kerry held intense negotiations in the Swiss city of Geneva to help speed up the ongoing negotiations between Iran and P5+1 – the US, France, Britain, China, Russia and Germany – over Tehran’s peaceful nuclear work.

The Iranian minister is scheduled to attend a meeting attended by Kerry as well as his French and German counterparts, Laurent Fabius and Frank-Walter Steinmeier, on Sunday to discuss Iran’s nuclear program. European Union foreign policy chief, Federica Mogherini, is likely to participate in the meeting.

The Iranian minister is also to hold a one-on-one meeting with his German counterpart.