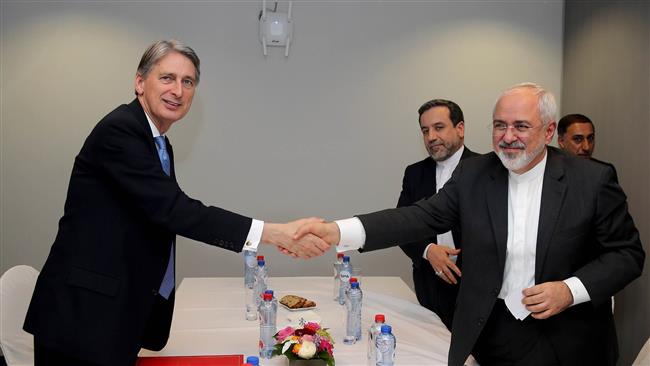 Zarif and Hammond emphasized the significance of coming up with mutually-agreed solutions to the outstanding issues over Tehran’s nuclear program.

Held in the Belgian capital city of Brussels on Monday, the talks were focused on mutual efforts on the part of Iran and P5+1 to narrow their gaps with the aim of reaching a deal to resolve the dispute over Iran’s nuclear issue.

Zarif and Hammond emphasized the significance of coming up with mutually-agreed solutions to the outstanding issues surrounding Tehran’s nuclear program, noting that the negotiating sides must make the most of the remaining time ahead of the July 1 deadline for a final deal.

They also called for further consultations between Iran and the European Union.

Also on Monday, Zarif and EU foreign policy chief Federica Mogherini engaged in key talks about the latest developments regarding Tehran’s nuclear issue and the country’s relations with the 28-nation bloc.

The chief Iranian negotiator emphasized that there will be no agreement between Tehran and the P5+1 countries unless the two sides agree on all topics.

Mogherini, for her part, said all sides should make efforts to bridge their differences on the nuclear issue.

She added that European countries are highly motivated about a nuclear agreement between Iran and P5+1 and will play an effective role in helping the two sides reach the deal.

After sitting for talks with US Secretary of State John Kerry, Zarif left for Brussels to discuss Iran’s nuclear issue with his German, French and UK counterparts, respectively, Frank-Walter Steinmeier, Laurent Fabius, and Hammond.

Mogherini was the host to the Brussels talks, which were described in a last-week statement by her office as “part of the ongoing nuclear negotiations with Iran.”

Iran and P5+1– the United States, Britain, France, China, and Russia plus Germany – are seeking to seal a comprehensive nuclear deal by July 1.The two sides have already missed two self-imposed deadlines for inking a final agreement since they signed an interim one in the Swiss city of Geneva in November 2013. 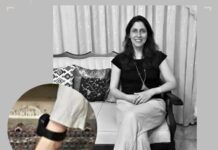