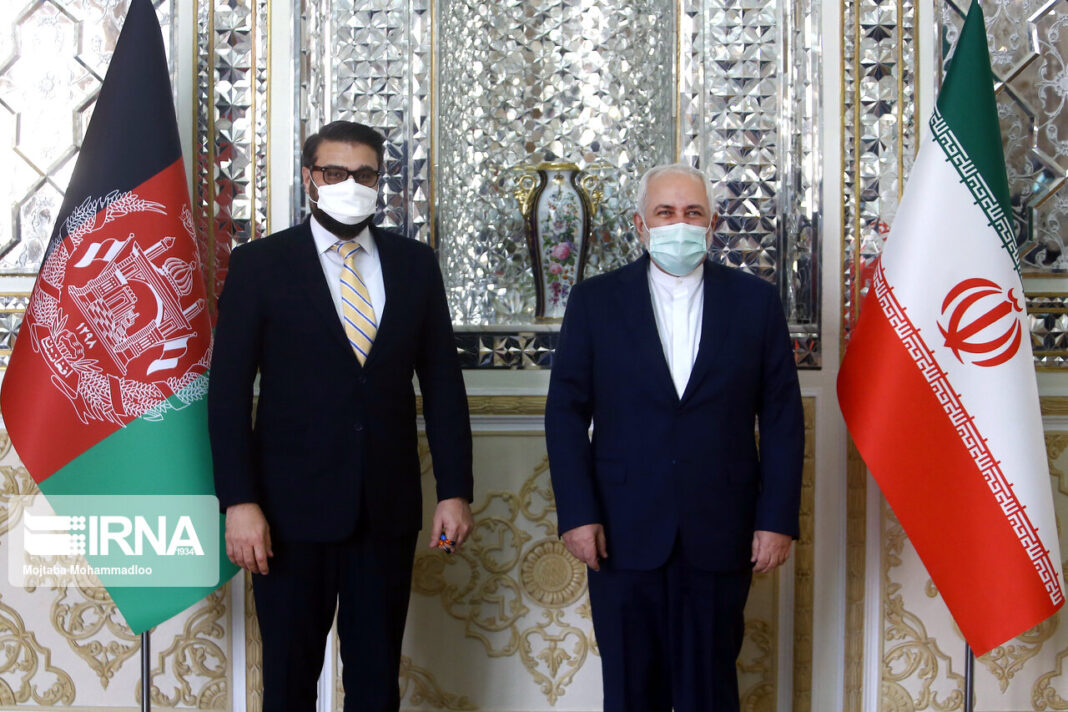 He highlighted the necessity for the US withdrawal from Afghanistan, said, “We believe a comprehensive political solution with the presence of all Afghan groups will be the best guarantee for lasting peace in this country.”

He urged both Tehran and Kabul to enhance consultations at bilateral, regional and international levels.

Zarif expressed satisfaction with the inauguration of the Khaf-Herat railway which came on stream recently, and added the project will pave the way for closer cooperation between the two countries and facilitating connections with regions in the East.

“The Dogharoon crossing should be refurbished in order to boost mutual border cooperation,” Zarif underlined.

The Afghan official, in turn, presented a report on the latest developments pertaining to peace talks in his country, and appreciated Iran’s backing for the Afghan government and people.

He stressed the necessity of boosting political, economic and security cooperation.
The Afghan official also expressed hope linking routes such as the Khaf-Herat railway will further boost regional cooperation.

Among other topics on the agenda during the meeting were mutual cooperation on political, economic and security fronts, holding a meeting of the Iran-Afghanistan Joint Committee and following up on other ongoing projects as well as closer cooperation in the water sector.