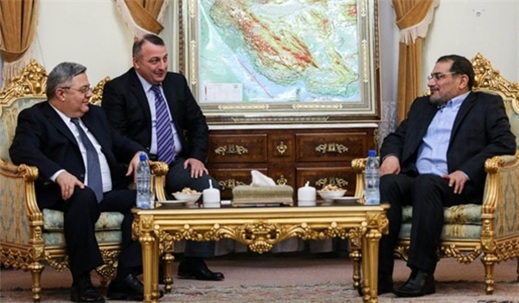 Iran has displayed goodwill in nuclear talks with P5+1; the responsibility of probable failure of the negotiations rests with the other side, said Shamkhani.

The six world powers should account for any trouble or failure of the nuclear talks, Secretary of Iran’s Supreme National Security Council (SNSC) Ali Shamkhani warned after the US congress threatened to impose a new set of sanctions on Tehran.

“Iran’s nuclear negotiations with P5+1 serve as a test of these countries’ honesty to see how committed they are to the path of negotiations and removal of all illegal and cruel sanctions,” Shamkhani said in a meeting with Georgian Parliament Speaker Davit Usupashvili in Tehran on Sunday.

He stressed that Iran has shown goodwill in the negotiations, “and the International Atomic Energy Agency (IAEA) reports endorse this fact”.

“But we will show proper reaction and take due action appropriate to the attitude and performance shown by the opposite side,” Rear Admiral Shamkhani underlined.

“The responsibility for any problem in the talks and adoption of approaches whose fruitlessness has already been proved (in similar cases) in the past rests with the opposite side,” Shamkhani underlined.