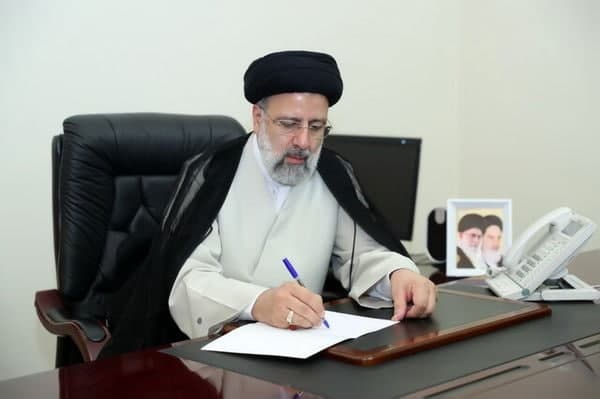 On the eve of Christmas, President Ebrahim Raisi of Iran has offered congratulations to Pope Francis, the head of the Roman Catholic Church, and all the Christians across the world on the birthday anniversary of Prophet Jesus Christ (Peace be upon him).

In a message on Friday to Pope Francis, who is the spiritual leader of Catholic Christians, President Raeisi said, “I sincerely congratulate your Excellency and all the Christians of the world on the jubilant birth of Jesus Christ (PBUH), the Prophet of kindness and peace.”

The Iranian president described the Prophet’s birth as an occasion to pay tribute to Hazrat Mary (Peace be upon her), and “a reminder of the moral characteristics of Jesus Christ (PBUH), who is the role model for altruism and the messenger of salvation for the oppressed, in standing against the domineering powers’ oppression and signaling a bright future for humanity.”

Jesus Christ’s birth is the “manifestation of the God’s will and power,” Raisi said, adding that the spiritual status of Hazrat Mary, the Prophet’s mother, shows the lofty position of women in divine religions.

President Raisi also thanked Pope Francis for his efforts toward bringing closer the hearts and views of followers of Abrahamic religions.

On December 25, billions of Christians across the globe will commemorate the birth of Jesus Christ, days ahead of the New Year on January 1, which marks the start of the Georgian calendar.