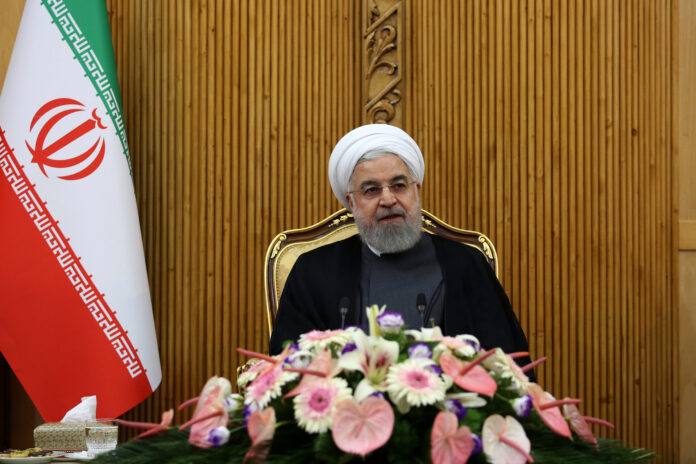 Iranian President Hassan Rouhani has urged that the war against the remaining terrorists in Syria’s Idlib should continue.

Speaking to reporters at Tehran’s Mehrabad Airport before leaving for Ankara for a trilateral summit on Syria, President Rouhani said the main outstanding issues surrounding the crisis in Syria include “the Idlib region and east of the Euphrates, the Zionist regime’s acts of aggression, and the US meddlesome presence” in the Arab country.

“Terrorists are still present in Idlib region, and it is necessary to fight against them in that region,” he stressed.

“Syria is also faced with problems in the eastern part of the Euphrates. The presence of Americans is intrusive, illegal and interfering, and has always caused this part of Syria to remain restive,” the Iranian president added.

He also noted that Iran, Russia, and Turkey are concerned about the Israeli aggression against Syria, the Zionist regime’s support for the terrorists, and its military strikes on the Syrian people and infrastructures.

The president also hit back at the US for the allegation that Iran has had a role in a Saturday drone attack on Saudi Arabia’s oil installations, saying Washington levels accusations against the resisting people of Yemen or the other regional nations every now and then, instead of confessing to its adverse interference in Syria, Yemen and the other regions.

“Americans are supporting Saudi Arabia and the United Arab Emirates. They supply arms and information, and run part of the war operations, as we see today that a bunch of innocent people get killed in Yemen every day and insecurity lingers in the region,” Rouhani deplored.

The Iranian president finally emphasized that in order to establish real security in the region, the American acts of invasion and the provocative Israeli meddling in the region must come to an end.